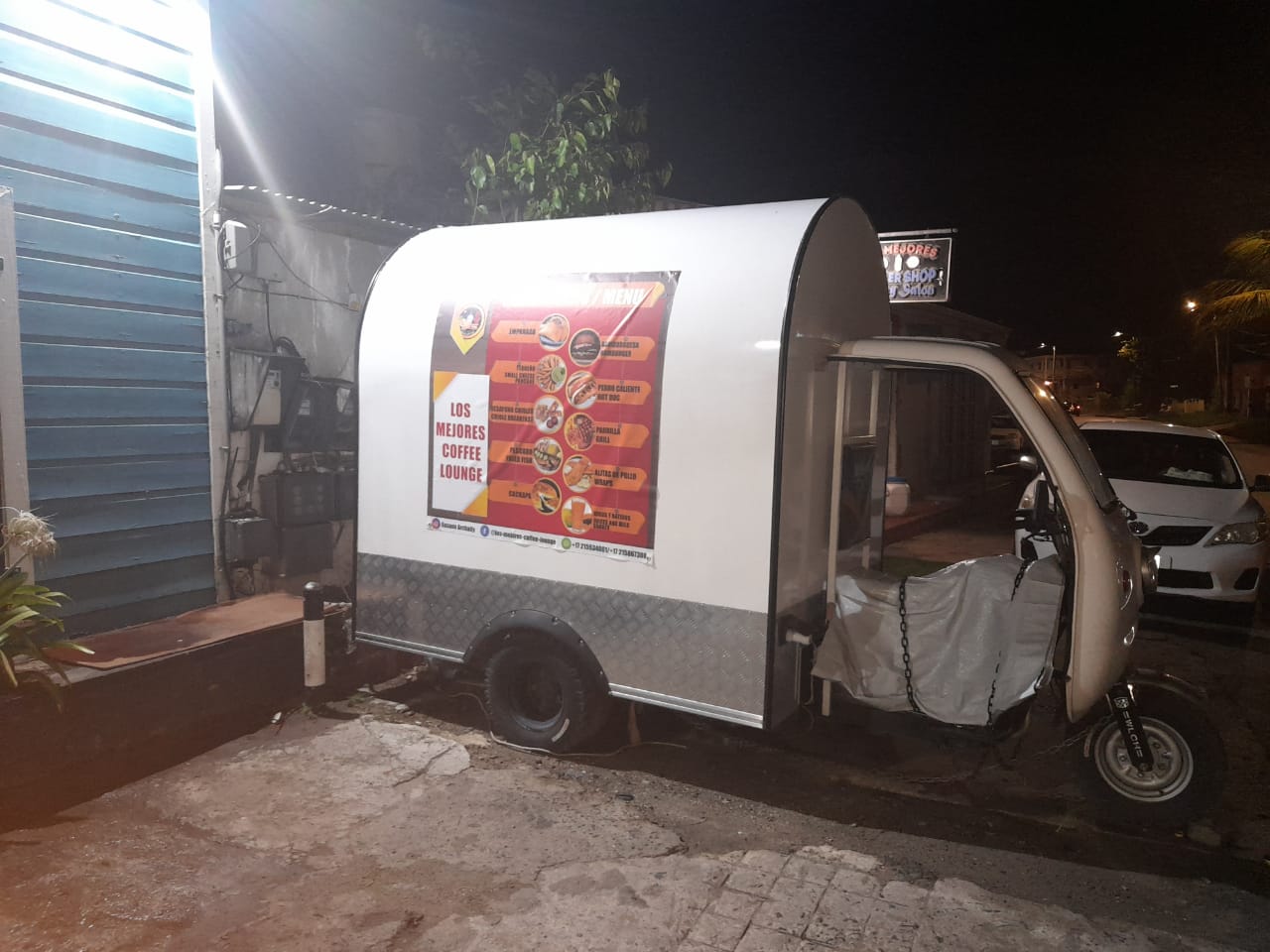 PHILIPSBURG–Businessmen Julian Rollocks Sr. and Julian Rollocks Jr. have written to Minister of Tourism, Economic Affairs, Transport and Telecommunication (TEATT) Ludmila de Weever about what they see as personal harassment by TEATT inspectors.

De Weever’s cabinet did not respond to a request by this newspaper for a comment on the allegations on Tuesday.

In their letter to the minister, the father and son said they currently have a new business concept, which they call “a little trolly” (a motorised Chinese food truck with a tricycle in front) out of China, selling food, which had been placed in front of their property at A.Th. Illidge Road #112. The issue is that customers are not permitted to sit and stand in front of the business with the current mobile vending licence. A stationary licence is required, which has been requested and is being awaited; and the two say they are being constantly harassed by inspectors about it.

“We have requested and received a 21-day mobile/vending licence three consecutive times. Presently, we have requested a permanent stationary licence. In the last month, we have been controlled more than five times by inspectors of the Inspection Economic Department,” it was stated in the letter to De Weever. “It is now bordering on personal harassment.”

The father and son said they are law-abiding citizens, who pay their monthly and yearly taxes and invest and create several job opportunities. “We are appealing to you that this harassment must stop. Several establishments in town and surrounding [areas – Ed.] have chairs where people sit, eat and drink with similar licence.”

The father and son said these are very tough economic times and they are requesting equal treatment. “Minister, sometimes on weekends people come to get their food and they have to wait; sometimes people sit down which is not in our control. Inspectors are coming with all types of excuses for the business not to operate. We are all hard-working people. Inspectors, yes, have to do their job, but it is overbearing [that] every other day there are pictures [being taken] and much more, including in the evening on weekends. We have to sell so the business can stay open. We do not hamper anyone,” the letter reads. “… It’s a small business. If the vendor does not sell, he cannot survive. It is like people cannot stand up there and buy. There is one inspector, who passes every other day and takes pics. If there are people there buying food, it’s a problem to certain inspectors.”

“For 37 years I have been harassed by several governments. In the ’80s when I started my evening groceries, government closed me every other day. When I started the first ticky hut selling food in Simpson Bay, [name provided] forced me to vacate the parking lot giving many others the opportunity. Today, we have a trolley (a new concept on my property) trying to do some business in these rough pandemic times and it’s a problem … The inspectors must apply one law for all. We see many others with the same licence have not one or two chairs, but five, six, seven chairs and with similar licence.”

Rollocks said a warning was received based on a photograph taken on Sunday evening because when an inspector arrived there were no chairs on the premises. “Take note that inspectors must do their job, but a person must get the chance to sell and make a living. We pay all our dues and fees to government to operate in peace. This is not only us, Minister, but for all businesses in St. Maarten, from vendors to big businesses, to operate and make the extra dollar that is allowed to be made,” it was stated in the letter.