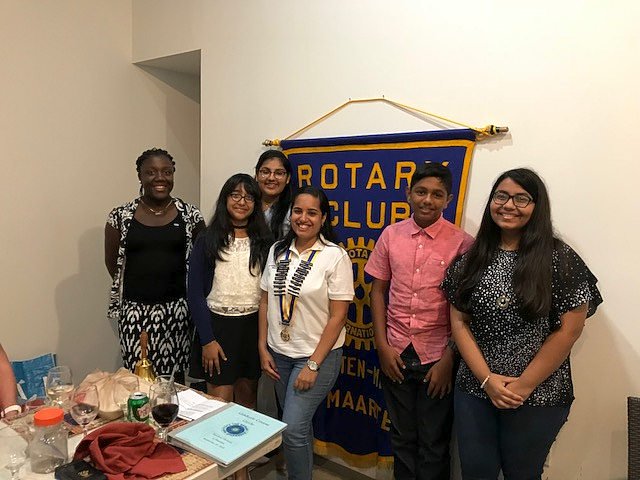 PHILIPSBURG–World Interact Week is celebrated every year during the second week in November to celebrate the founding patrons of the first Interact Club in 1962. To mark this occasion with Interactors and Rotarians around the world, Interact Clubs, in partnership with their sponsor Rotary Clubs are encouraged to participate in joint projects during World Interact Week.

They gave an update on their plans for Christmas and the rest of the Rotary year 2017-2018 and, to finish, Sergeant-at-Arms Vemlash fined all the Mid Isle Rotarians for some minor misdemeanours.

Interact is an international organisation of service and social clubs for young people of secondary school age (12-18) that fosters leadership and responsible citizenship, and promotes international understanding and peace.

Clubs vary greatly, both single-gender and mixed as well as large and small. The membership base of a club can be drawn from the student body of a single school or from two or more schools in the same community.

Interact Clubs complete at least one community service project each year and at least one project that furthers international understanding and goodwill. Interact’s five primary avenues of service are community, international, school, environmental and fundraising. Interactors develop a worldwide network of friendships through exchanges with local and overseas clubs.