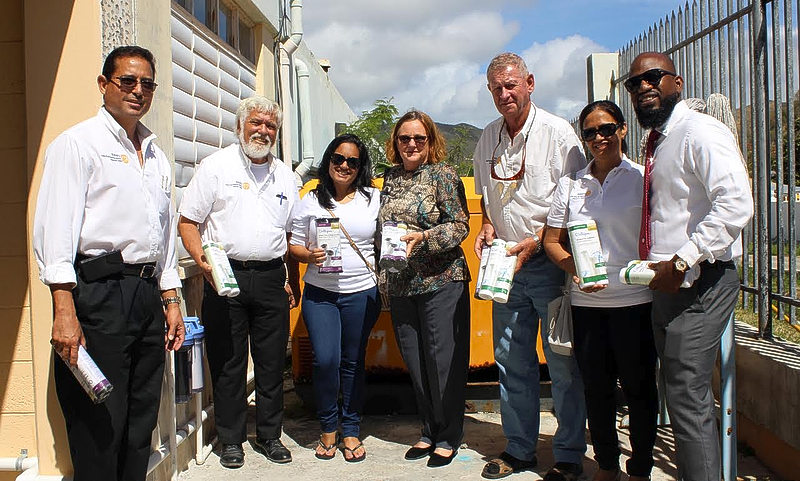 PHILIPSBURG–World Water Day, as declared by the United Nations on March 22, was also observed by Rotary International as its focus in April as Water and Sanitation Month.

Rotary Club of St. Maarten-Mid Isle made an inventory last year of the schools that did not have properly-functioning water coolers, in an effort to ensure that clean drinking water is available to children at school. Some schools were lacking functioning coolers, and some coolers were without filters. Six schools participated in the Water for School project in 2016.

Mid Isle made another inventory this year and found 18 schools that did not have properly-functioning water coolers. The Club looked for donations to cover expenses for the replacement and installation of new water coolers where necessary. In addition, water filter installations will be mounted to treat the drinking water prior to distribution to the water cooler systems as an additional precaution.

The Water for Schools project was officially launched at Marie Genevieve de Weever School in Hope Estate on Monday, March 20, when a new water filter was installed under the supervision of Rotarian Tony da Cunha.