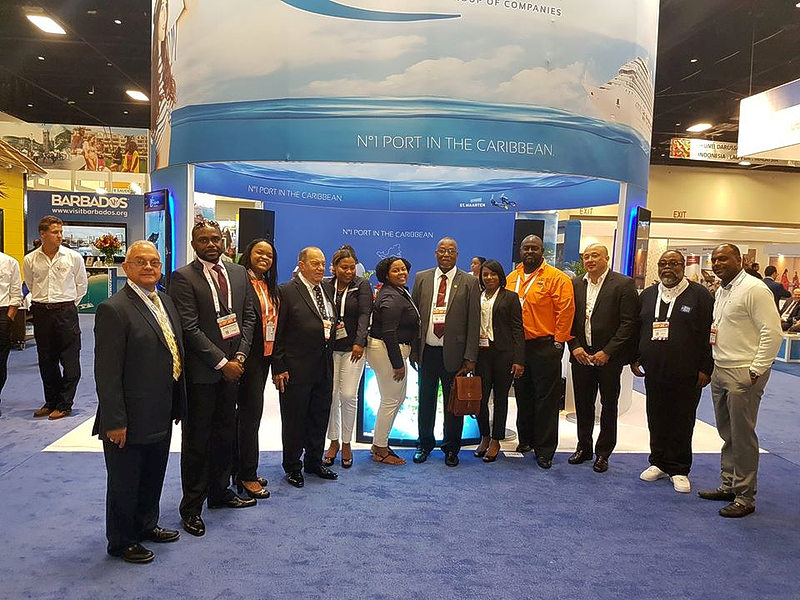 PHILIPSBURG–Royal Caribbean Cruise Line is set to increase its number of cruise passengers to St. Maarten by thirteen per cent for the 2017-2018 season. This will translate into an increase of some 100,000 passengers.

Port St. Maarten announced the pending increase after officials returned from the Seatrade Cruise Global Conference and Expo in Fort Lauderdale, Florida. In addition to the 13 per cent increase, the Port is looking at the trends to increase the numbers further.

In discussions with Royal Caribbean, the Port’s performance has increased substantially in the areas of safety and security as well as in several other categories highlighted.

It was highlighted at the Conference that 2016 was an exciting year for growth of the cruise industry with over 30,000 berths and a total investment of close to US $7.5 billion being invested. Over 10 ocean-going cruise vessels set sail in that year adding capacity to the global cruise market.

The 2017 State of the Cruise Industry Outlook by Cruise Lines International Association (CLIA), the world’s largest cruise industry trade association, said an increase in cruise travel is expected to continue throughout 2017, with an estimated 25.3 million passengers expected to sail in 2017, a strong surge from 15.8 million just 10 years prior (2007).

More ships are to set sail in 2017, with cruise lines set to debut 26 new ocean, river and specialty ships in 2017 for a total investment of more than US $6.8 billion in new vessels. From 2017 to 2026 the industry is expected to introduce a total of 97 new cruise ships totalling an estimated investment of US $53 billion through 2026.