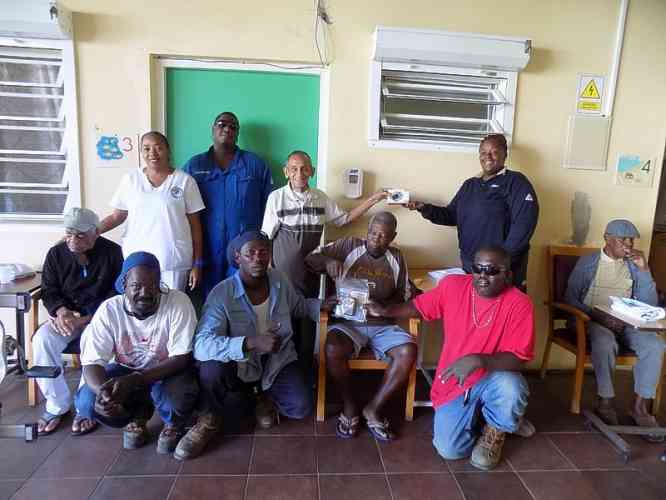 ST. EUSTATIUS–Royalty Organisation donated radios to residents of the St. Eustatius Auxiliary Home for the elderly on Friday.

Royalty Organisation was formed with the goal of giving back to the community, said President Jineidy Balon.

They are also planning on giving the building a facelift through a fresh layer of paint and said they are looking forward to purchasing televisions for each resident.

Royalty Organisation also seeks to beautify the community by carrying out restoration of benches, as well as other projects.

Royalty members said they want to be loyal to Statia’s community and to its seniors, “who have toiled to bring us where we are today.” They want to let the seniors know that they are not forgotten.