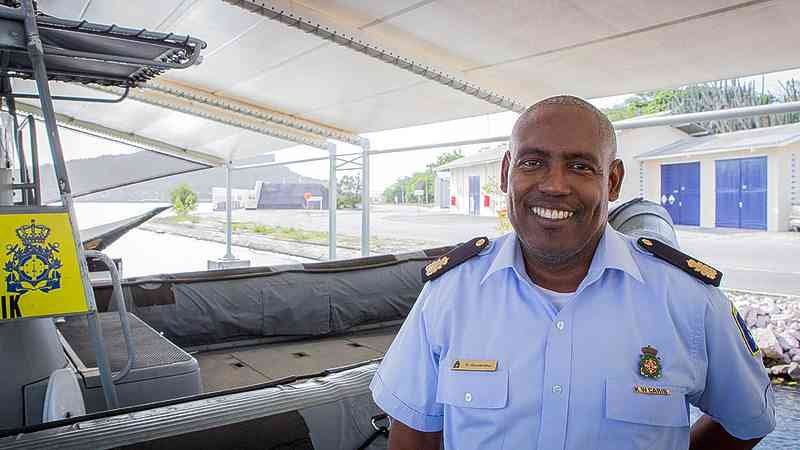 PHILIPSBURG–Kingdom Detective Cooperation Team RST spokesperson Roderick Gouverneur has dismissed as untrue concerns raised by United Democrats (UD) Member of Parliament (MP) Theo Heyliger that the RST was possibly monitoring phone calls without the required permission to do so.

Asked on Monday to comment on the allegations, Gouverneur said the RST uses the legal rules (voorschriften) while doing a phone tap. “Everything else is untrue,” he said about Heyliger’s comments made during a meeting of the Central Committee of Parliament on Friday.

Heyliger made the comments while posing questions to Justice Minister Cornelius de Weever. Heyliger said he understood that the RST listens to phone conversations and if anything they consider incriminating is heard, it is only then that permission from the court is requested to officially listen in on the call. He said he understood that the RST has a system installed at local telecoms companies and can “listen in live” to any conversation that anyone is having without any necessary court approval.

“Is this the case – that the RST or the OM [Prosecutor’s Office – Ed.] or whomever can listen to our conversations, follow us and take photos of us? Where is the real privacy that we as individuals should have in our own country? If you have ability to go into telecom providers and listen to all our conversations, then you run to the court and get approval, I think this has gone haywire.”

In response to Heyliger, De Weever said he was not aware of authorities “eavesdropping” on phone conversations, but said he would get back to the MP on an answer. According to the minister, the telephone or other communication device of a person may be tapped related to a certain crime, but only with a court order and for a maximum of four weeks which can be extended by another four weeks.