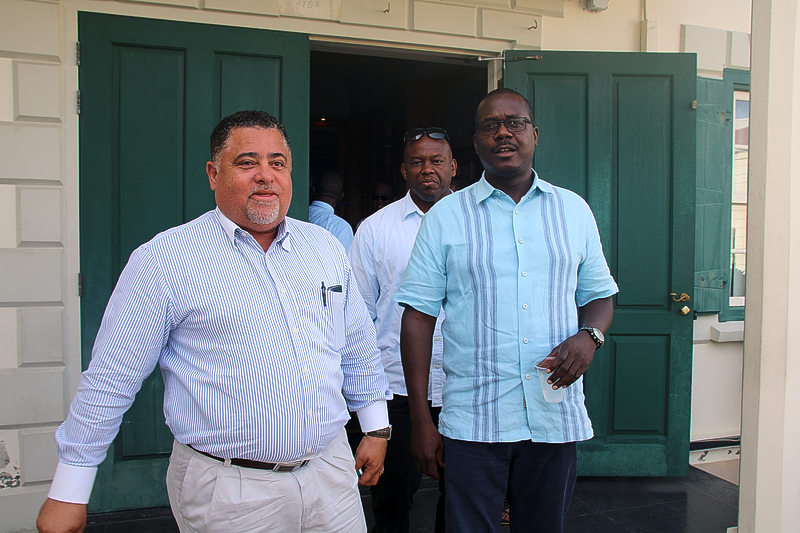 PHILIPSBURG–United St. Maarten Party (US Party) will know on Thursday morning whether it will have a number 15 candidate on its slate for the September 26 Parliamentary election. The judge is set to render a verdict at 8:30am in a case filed by the party to nullify a decision of the Main Voting Bureau to strike off its candidate.

The case was pled by the two sides on Monday. Arguments hinged on whether US Party, headed by Member of Parliament (MP) Frans Richardson, is allowed to replace one candidate, Curtis Thomas, with a new candidate – Dennis Williams. Such a swap is not allowed under the Electoral Regulation and led to the Main Voting Bureau, under the chairmanship of attorney Jason Rogers, to vote unanimously on August 19 to remove the candidate.

Prior to that date, US Party Board President Cecil Nicholas filed a petition with the court challenging the eventual decision of the Voting Bureau. The party was aware of the upcoming decision of the Bureau to strike the candidate and moved to court, a right granted under the Electoral Laws.

Voting Bureau Chairman Jason Rogers and Vice-Chairwoman Tamara Richardson maintained in court that the Bureau’s decision to remove the candidate from the party’s list was in accordance with the electoral laws.

Rogers told the Court it was not the Main Voting Bureau’s intention to deny anyone the opportunity to run in an election by being on a list, but the process must be carried out according to the laws.

There is only “one” Nomination Day, Rogers said, referring to August 8 when all parties submitted their lists of candidates to the Main Voting Bureau. After Nomination Day, the Bureau sat to review the lists and supporting documents, and found that US Party had not hand in a declaration of candidacy form for Thomas. The party was allowed to correct that omission and other errors within a three-day span. While the other errors were corrected, the party submitted a new name for the number 15 slot with a signed declaration.

“Consequently, in defendants’ (Voting Bureau) view, the buck stops if a candidate’s name is not mentioned on the Candidate List. This is a non-repairable mistake, according to defendants, also because defendants would otherwise, as per their own representation, have too high of a workload,” Bloem said to the judge.