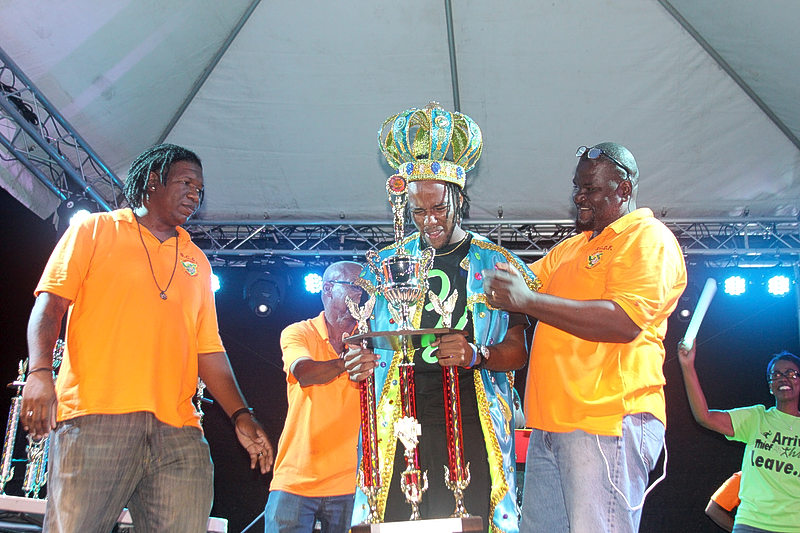 PHILIPSBURG–Rumari “King Rumer” Rogers made history on Saturday by becoming the first singer in the history of St. Maarten Carnival to have won the Senior Road March Competition for three consecutive years. Rogers performed his hit single “G-String” in front of a huge crowd on Walter J. Nisbeth Road (Pondfill) against contenders who had their eyes set on the crown.

Newcomer Major Dice impressed the audience with his creative style of performing during his time on stage. He made a vehicle from wood, jumped on it and was carried throughout the crowd singing his song. While his performance was one of a kind, judges did not score the first-time singer high.

The event was held together with the Senior Calypso Eliminations for the past five years, but this year SCDF decided to combine the event with the Band Clash competition. “We think these two events go great together. Saturday the shows were on the same energy level and it created the atmosphere we wanted to see on that night,” Lourens said in an invited comment.

“The Calypso Eliminations is a different event with a different, much older crowd. With the influx of young singers into the Road March competition, it was clear that the two didn’t work well together. But with Band Clash we have the perfect mix.”

He congratulated King Rumer for the historic win and thanked the public for supporting the event on Saturday.