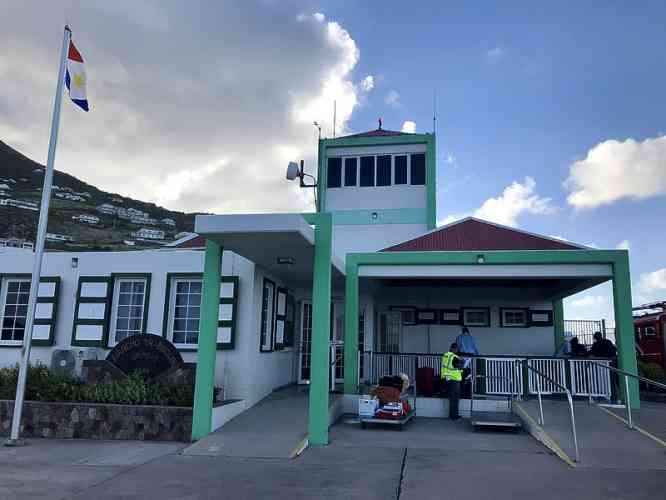 SABA–The renovation of Saba’s airport runway is on schedule, with a ceremonial re-opening planned for Monday, October 8, with an inaugural flight by Winair arriving at 3:45pm. Juancho E. Yrausquin Airport officially opens for air traffic on Tuesday, October 9, at 8:05am.

The concrete works at the runway were concluded last weekend. The contractor was busy placing the markings on the runway, taxiway and apron, and finalising the shoulders of the runway during the course of the week.

Final checks by Rijkswaterstaat and the Human Environment and Transport Inspectorate, as well as test flights by Windward Islands Airways International Winair were also carried out this past week.

In addition to repaving the runway, the contractor was able to include some additional work within the limited time frame. The new air taxiway from the runway to the new helipad is still under construction.

On the request of Rijksvastgoedbedrijf, construction of the road to the soon-to-be-built rescue and firefighting station is also currently in progress, as well as finalising some details. All of these works will continue after the airport opens, but these actions will not interfere with air traffic, the island government asserted.

Renovations also took place on essential elements of the terminal building during the airport closure from September 10. These renovations will continue after the airport’s reopening.

The focus now is the renovation and expansion of the East and South sides of the building and finalisation of the interior. “Passengers will notice that work is in progress, but the work planned will not hamper airport operations, and the impact for passengers is minimal,” the public entity stated in a Facebook message.