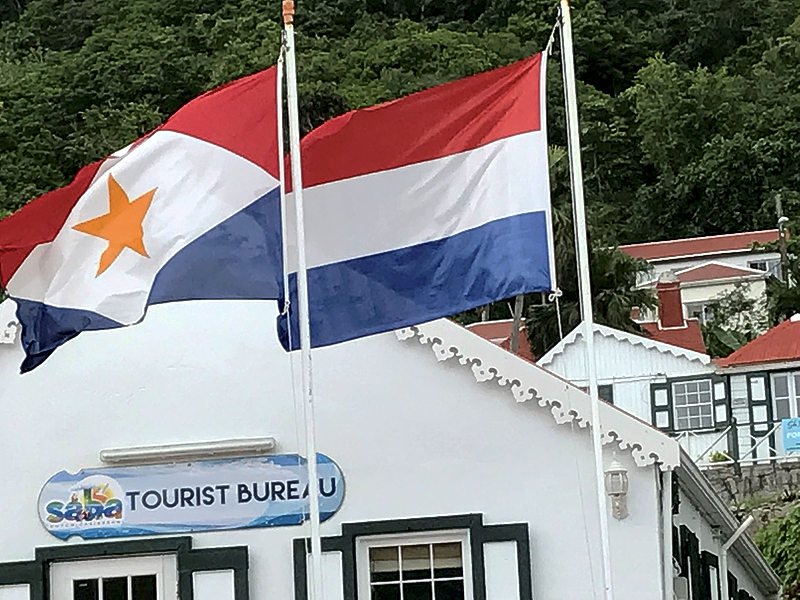 THE HAGUE/SABA–Saba’s Executive Council is most willing to keep working on strengthening the ties with the Netherlands in the interest of the island’s residents, but there are a number of urgent matters that require State Secretary of Kingdom Relations Raymond Knops’ immediate attention. “Compliments and good working relations are not solving the problems and paying the bills.”

Island Governor Jonathan Johnson and Island Secretary Tim Muller sent a letter to the new State Secretary on October 30 in which Saba congratulated Knops on his appointment and wished him much success. The Executive Council commits to being a trustworthy partner, but there are some areas of concern which Saba hopes the new Dutch coalition will address. The Executive Council also sent a short paper with its priorities to the State Secretary.

According to the Saba Government, the evaluation report drafted by the Spies Committee “clearly illustrated” the many social and financial issues the three Dutch public entities Bonaire, St. Eustatius and Saba are facing.

“It is disappointing to see that up to now, no substantial decision-making has taken place to address issues such as poverty, the free remittance (“vrije uitkering”) and the division of tasks,” it was stated in the letter.

“Other challenges, including the high cost of doing business, the overall high cost of living, the bureaucratic Immigration and Naturalisation Service IND and work permit procedures, and the way in which the priorities are set and the money is spent, all need your urgent attention,” the Saba Government wrote to the State Secretary.

“We realise that many of these challenges will not be solved immediately. However, we are more than happy to discuss these issues with you in more detail when you visit the island. What is most urgent for Saba right now is the full recovery from Hurricanes Irma and Maria.”

The Executive Council expressed the hope that decisions would be made soon to rebuild and save Saba’s already fragile economy. “If something is not done now to safeguard our economy, the post-hurricane damage will be far worse, as many businesses will be forced to close. This will only cause greater problems, not only here, but also financially for the Netherlands,” the Saba Government warned.

It also addressed Saba’s commitment to being a stable, responsible and transparent partner, having worked “diligently” to establish a good working relationship with the Dutch Ministries and the Committee for Financial Supervision CFT, and achieving a high level of financial management which has been proven by the positive audit statements in the past years.

“Throughout this process, Saba has received many compliments and there seems to be some willingness to differentiate how the Caribbean Netherlands islands are treated. However, in reality this often does not materialise. We understand that making significant differences between the islands can be difficult, but the reality is that compliments and good working relations are not solving the problems and paying the bills,” it was stated.

“Often we feel that because we continue to perform so well, Saba’s problems are overlooked and overshadowed by the bigger problems or lack of performance on the other islands,” the Executive Council stated, urging the State Secretary to treat the islands according to their individual performances and needs.

The specific problems Saba has been facing were addressed in a separate document sent to Knops which described the policy priorities set by the Executive Council. Some of these problems are less visible to people visiting Saba for a day or two. These visitors see clean and well-maintained infrastructure, and think that nothing is amiss.

“But if people would make an effort, take the time to look into the island’s real situation in the area of safety, health, wellbeing, housing and employment, they would get a completely different view. A very large part of the population is living on or under the poverty level. There are social problems as a result of alcohol and drug addiction, youngsters hanging about, school dropouts, a shortage of social housing and the lack of adequate facilities such as crisis shelter.”

Poverty is the most urgent problem in the Caribbean Netherlands. Poverty has shown to be persistent and in some cases it has even intensified. The public entities have been doing what they can with their limited financial means and capacity to alleviate poverty, while the approach by the Dutch Ministry of Social Affairs and Labour has been fragmented and not always efficient.

The linking of the social minimum and the height of the legal minimum wage is unacceptable to Saba. “The alleviation of poverty is only possible with an integral plan to increase the minimum wages, to bring the allowances for the elderly and others who are unable to work to an acceptable level, to improve the circumstances of the labour market and employment, and to reduce the high cost of living,” it was stated in the short paper.

Flanking policy is also needed for the elderly and persons who are unable to work. This would enable them to have a “dignified life.” The public entities do not have enough possibilities to tackle socially complicated cases. According to the Saba Government, it is necessary to secure a level of facilities that is comparable with the Netherlands social support law WMO.

The cost of living on the islands, which is extremely high in comparison to the people’s income level, is another matter that requires urgent attention. The Saba Government called the State Secretary’s attention to the fact that the price of electricity has increased for some categories of users under the new electricity and drinking water law. “This results in an increase of the already-high cost for residents.”

In the area of strengthening the economy, the Executive Council mentioned the limited accessibility of and limited room for vessels to moor at the Fort Bay Harbour, which was referred to as a “weak link.” Hurricane Maria has destroyed the small pier. Talks are ongoing with the Ministry of Infrastructure and Environment to reconstruct the pier. Saba would like to see a better construction with a different layout so more vessels can moor and the swells are reduced.

The free remittance from the Netherlands, which has not been increased for the past two years, was another source of concern for the Saba Government. The Dutch Government might be making infrastructural investments on the islands, but it does not provide any financial support for the upkeep of these projects after completion. As a result, the islands have to pay this themselves, which leads to a depletion of the free remittance funds.

In closing, the Saba Government asked the Dutch Government to keep the needs of the islands in mind. “Especially now that the Dutch economy is growing, we ask you as island officials to give special attention to the social-economic situation of the Caribbean Netherlands.”