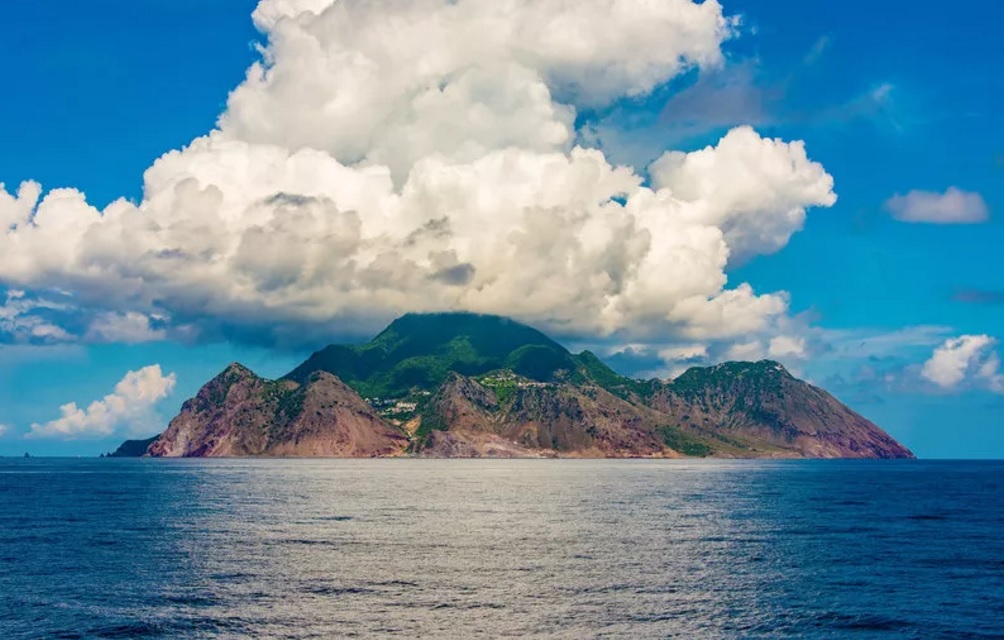 THE HAGUE/SABA–Saba is one of the thirteen nominees for the prestigious “Most Beautiful Nature Area of the Netherlands” elections. The nomination of “Saba and surrounding sea” was announced during the popular talk show “De Wereld Draait Door” DWDD on Dutch national TV Monday evening.

Saba was one of twenty entries that were submitted. The Bonaire Nature Parks Foundation STINAPA had also submitted an entry, but didn’t make the finals. Professor Pieter van Vollenhoven announced Saba’s nomination, along with twelve other nature areas.

The expert jury scrutinised the submissions based on pre-set criteria. Now that the jury has announced the thirteen nominations, the public gets the opportunity to vote for their favourite “Most Beautiful Nature Area” via the website www.mooistenatuurgebied.nl.

The website includes a short movie about Saba and why its nature is so special. Caroline Teeuwen of the Saba Government encourages viewers to vote for Saba. A Dutch camera crew was on the island over the weekend to gather film material.

The public voting closes on October 31, after which Dutch State Secretary of Economic Affairs Martijn van Dam, who is also in charge of nature, will announce the three winners with the most public votes.

A proud Commissioner Bruce Zagers stated: “This is a great development for Saba and we are very excited to be nominated. This is an opportunity to create overall awareness about Saba which will ultimately have a positive impact on our tourism.”

According to Zagers, Saba’s nomination as one of the finalists was “very fitting” as Saba has always been known as the Unspoiled Queen. “Because of institutions such as the Saba Conservation Foundation and our proud people, we have been able to maintain the title Unspoiled not only as a cliché, but as a reality.”

Zagers shared his wish that Saba would get the support from all of its partners in the Dutch Kingdom and in the Caribbean as well as its faithful fans and visitors, “and of course everyone who calls this little piece of paradise home.”

The winner of the competition will receive the status of “Most Beautiful Nature Area of the Netherlands” along with a financial contribution of a maximum of 300,000 euros from the Ministry of Economic Affairs to further improve the quality and accessibility of the nature area and to promote the area at home and abroad.

The Saba Conservation Foundation, Saba Archaeological Center and the Public Entity Saba worked together on the submission which was announced early October. The entire island was proposed with its terrestrial park, comprehensive network of hiking trails, the highest mountain of the Netherlands, Mount Scenery, and surrounding sea, as well as the Saba National Marine Park and the National Park Saba Bank located within the Yarari Marine Mammal and Shark Sanctuary.

If chosen as a winner, Saba would invest in furthering current projects to improve the accessibility and experience of nature on the island, strengthening its nature and cultural products with elements such as signage displaying of the historical importance of key sites, for example, Mary’s Point, as well as heritage walks in the villages and a bird observation trail, it was stated in a press release early October.

Additionally, moorings would be installed on the edges of the Saba Bank, creating the opportunity for further dive tourism development and additional yacht moorings near the harbour to better facilitate yachts visiting the island. The funds would also be used to incorporate the new status into all current and future marketing materials for the island.

Projects which are underway or in the planning stages, and contribute to Saba’s appeal as the most beautiful nature area, include boardwalks to two viewpoints on the Mount. Scenery trail, restoration of the Mary’s Point site and upgrading its access trail and the Crispeen Track, a botanical garden between the Trail Shop and the Harry L. Johnson Museum, heritage walks in the villages and the expansion of the coral nursery which already has eight cultivation trees.