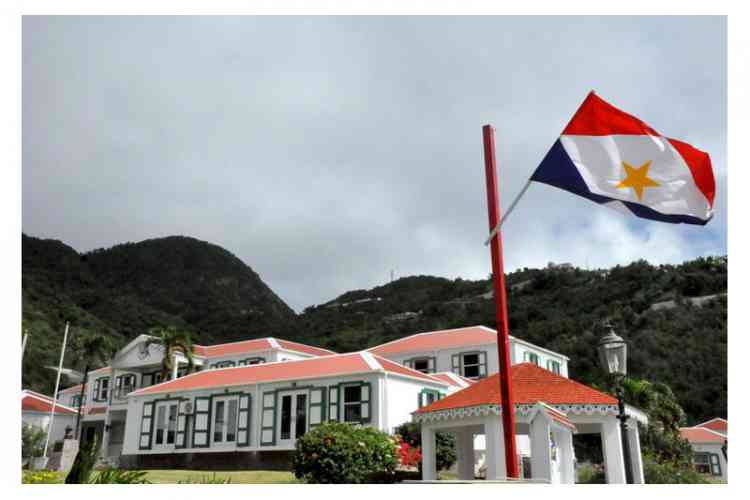 SABA–The Saba government was not informed beforehand about two important decisions of the Caribbean Netherlands Health Insurance Office ZVK that have an impact on the Saba people in regard to the transport of patients on island and off island.

The government was only made aware earlier this week that the ZVK had implemented a new policy regarding the use of SXM Airways to transport patients from Saba to St. Maarten, and the restrictions on the use of Accessible Ventures to transport clients on Saba. The government was confronted with these facts and was never involved in this decision-taking by the ZVK, and neither was it informed by the ZVK on these matters.

The government denounced reports on social media suggesting that the Saba Government had any dealings in the ZVK decisions.

Management of SXM Airways confirmed on Wednesday that it had been in direct contact with the ZVK about providing charter services to St. Eustatius and Saba, and that at no time there were conversations between the airline and the Public Entity Saba about the transport of patients for ZVK.

SXM Airways management explained that from early 2018, SXM Airways transports patients from St. Eustatius to St. Maarten, first on an ad-hoc basis when the flights on Windward Islands Airways Winair were full or unavailable, and later on in 2018 on a more permanent base.

The expanding of services to Saba came up in discussions with ZVK because Saba patients basically faced the same problems of full Winair flights as patients from St. Eustatius. The limited number of Winair seats results in patients sometimes having to spend several days in St. Maarten for a short medical consult.

SXM Airways subsequently sent a proposal to ZVK, without involvement of the Public Entity Saba, and as per February 27, SXM Airways is flying to Saba every Monday, Wednesday and Friday at 8:00am to pick up patients, and to return them home that same afternoon at 5:30pm. SXM Airways management clarified that it has been in direct contact with ZVK since the airline received its AOC certificate in December 2017. Contrary to some reports circulating on social media, SXM Airways does work with Johnson Travel on Saba.

It was understood that ZVK will keep making use of the services provided by Winair and that the contracting of SXM Airways is supplementary, mainly to ensure that Saba and Statia patients can travel to St. Maarten at least three times a week. The services of Winair will also be used when case patients need to travel to Bonaire or Aruba because Winair operates flights to these two islands.

The Saba government said the one-sided decision of ZVK to withdraw all approved permissions for the on-island transport of Saba patients per January 1, 2019, and to strictly apply the existing legal regulations. The measure also applies to St. Eustatius.

The hospitals on both islands have been urged to file new permission requests. Permission for ground transportation will only be granted to certain groups of patients, for example those that are wheelchair bound or have very limited eye sight. The ground transportation service by Accessible Ventures for all insured on Saba to and from treatment centres on the island and to and from the airport was implemented as a temporary measure after Hurricanes Irma and Maria.

In the case of the decision on ground transportation provided too, ZVK unfortunately neglected to inform Saba of this policy decision, a measure that has an adverse impact on Saba residents. Saba will take up these matters on a political level, since this has not been the first time that ZVK has acted in this manner.