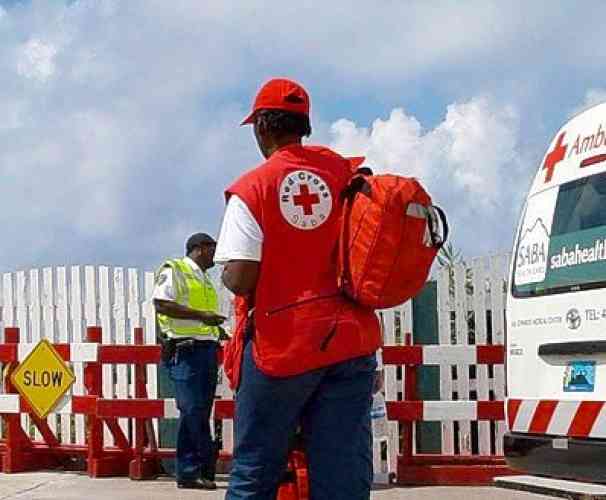 SABA–In the past days Hurricane Dorian has caused extensive damage across the islands of Abaco and Grand Bahama in the Bahamas, according to rapid initial assessments from authorities and Red Cross officials on the ground. Many people on Saba remember how bad it was to go through such a disaster.

The board of the Saba Red Cross board said in a press release on Wednesday that it understands that this comes with a desire to help the people that are going through this horrific ordeal now. The Saba Red Cross shares this sentiment and had contact with the Red Cross colleagues from other branches both national and international.

“We don’t yet have a complete picture of what has happened. But it is clear that Hurricane Dorian has had a catastrophic impact. We anticipate extensive shelter needs, alongside the need for short-term economic support, as well as for clean water and health assistance,” Head of the International Federation of Red Cross and Red Crescent Societies’ (IFRC) Emergency Operation Centre in Geneva Sune Bulow said.

The Bahamas Red Cross Society started the campaign #HelpUsHelp for Dorian Assistance. They are seeking donations to aid those most affected by Hurricane Dorian. Monetary donations can be deposited at: A/C #289 – 423 – 6, RBC (Royal Bank of Canada) John F. Kennedy Drive.

The Saba Red Cross branch urges people and other organisations to donate money instead of goods. The financial and logistical aspects of donations of goods in kind to the Bahamas do not outweigh the benefits of a monetary donation. The Red Cross Saba has decided to follow the line of action taken by the International Federation of the Red Cross, as such an alignment will bring the most efficient benefit from the Saban population to the people in the Bahamas. The public will be informed if a national monetary collection initiative is started by the International Federation of the Red Cross, the release said.