Home Local News Saba reflects on role of Dutch State in slavery | THE... 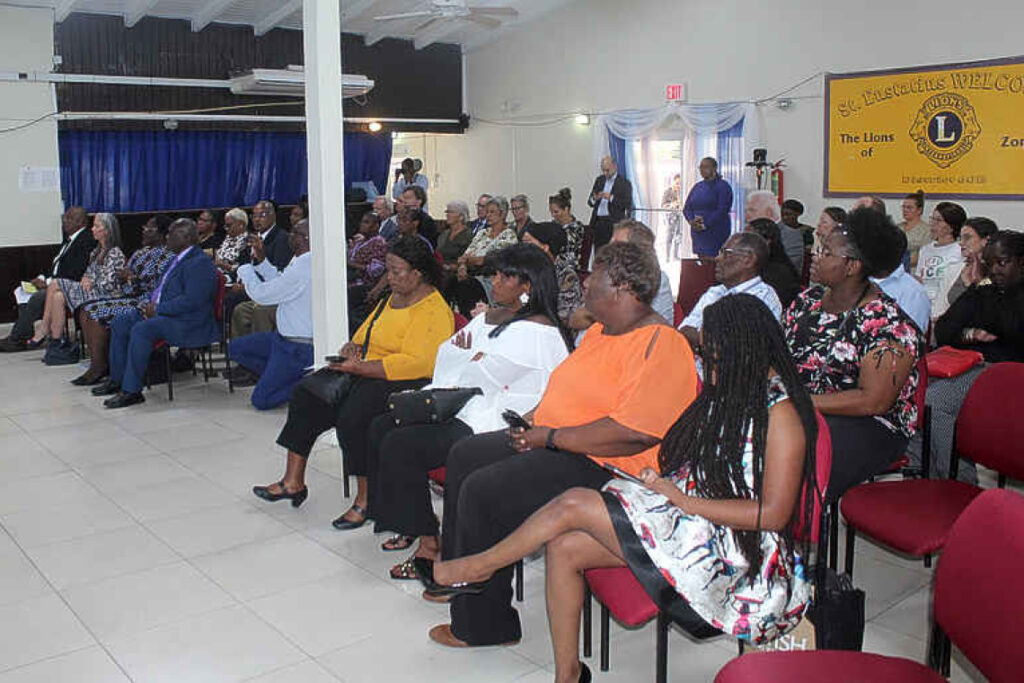 After Rutte’s speech, Dutch State Secretary of Public Health, Welfare and Sport Maarten van Ooijen and Saba Island Governor Jonathan Johnson addressed the audience at the library and those watching the event online.

Van Ooijen spoke of the atrocities that enslaved people had endured. “They had everything taken from them – their freedom, their possessions, their dignity. They were stripped of everything that made them human, even their names. Without a name you don’t exist in historiography, and you won’t formally be remembered.

Today’s descendants of enslaved people are physically free, but they may still find themselves chained by questions, said Van Ooijen. “Questions about inequality. Questions about why some people are allowed more opportunities than others. These are questions for all of us. This is about how we live with each other. It’s about biases, about acknowledging that racism and discrimination still exist in our societies, and about the way that people are still confronted with those biases.”

Education, not only in schools, plays an essential role in the process, he said. Every Dutch person should know more about the slavery history, through commemorative centres, exhibitions and research.

“I hope that together we can work towards a future marked by acknowledgement and understanding of each other’s backgrounds, towards a Netherlands where no one suffers discrimination because of the colour of their skin or their descendance, and where we come together every year at a monument on Saba that bears the names of all 734 enslaved people freed in 1863.”

Johnson referred to the narrative that slavery “wasn’t too bad” on Saba. “We are not sure where this belief originated, but we know that it is the most pervasive myth regarding slavery on the island and one that still remains. How diminishing it must be as descendants of enslaved people to hear that your ancestors, after enduring one of humanity’s greatest crimes, to hear their traumatic experience was not that bad.”

The tarnished past has left many in the Saba community with questions, and to move forward as a people it is important to “reckon and wrestle” with the challenging issues, said Johnson. One of these challenges is the struggle of racial inequality.

“It is with pain that we must acknowledge that the descendants of enslaved persons have not always felt they were treated justly. While we have made steps to address this as a community, there is still more work to be done to make the healing complete.”

He acknowledged that government also has a role in creating opportunities and making sure that people feel they have equal access to these opportunities. He said the recommendations in Saba’s position paper for the “Chains of the Past” report – namely education, academic research, genealogical research, diversity training, an apology and reparative justice – were reasonable demands which he believed needed to be fulfilled.

He announced the commitment of the Saba government to implement the recommendation to make July 1, Emancipation Day, a public holiday.

Prior to the townhall meeting, members of the Saba Leo Club read the names of 159 of the 734 persons who were emancipated in Saba on July 1, 1863, in commemoration of 159 years since slavery was abolished.

Several members of the community posed questions during the townhall meeting after the official part. They asked, among other things, whether Emancipation Day would become a public holiday throughout the Kingdom, whether there was a timeline and further follow-up to the words spoken by the prime minister, whether there would be apologies on behalf of the Saba government and how the funds for the commemorative year in 2023 would be spent and divided among the islands, the Netherlands and Suriname.