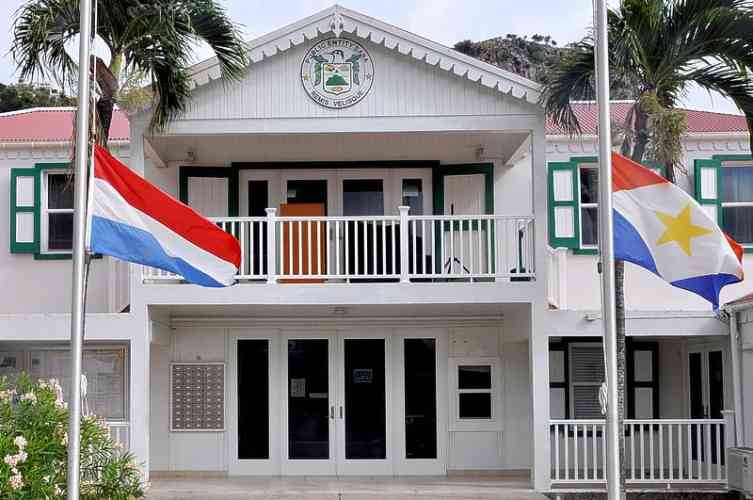 Flags flying at half-mast in front of the Government Administration Building in The Bottom on Tuesday.

SABA–The Public Entity Saba on Tuesday, March 19, sent a letter to Mayor Jan van Zanen of Utrecht, the Netherlands, to express sympathy in regard to the shooting incident in a tram on Monday, which left three persons dead.

The letter, which was signed by Island Governor Jonathan Johnson and Island Secretary Tim Muller, stated that the Executive and Island Councils and the Saban people were deeply shocked by the tragedy in Utrecht.

“We too have the flags at half-mast today,” it was stated in the short letter. “Our thoughts are with the family members of the deceased persons and those who are still in critical condition. On behalf of everyone here on Saba, we wish you much strength to guide your fellow city residents and organization in this difficult period.”