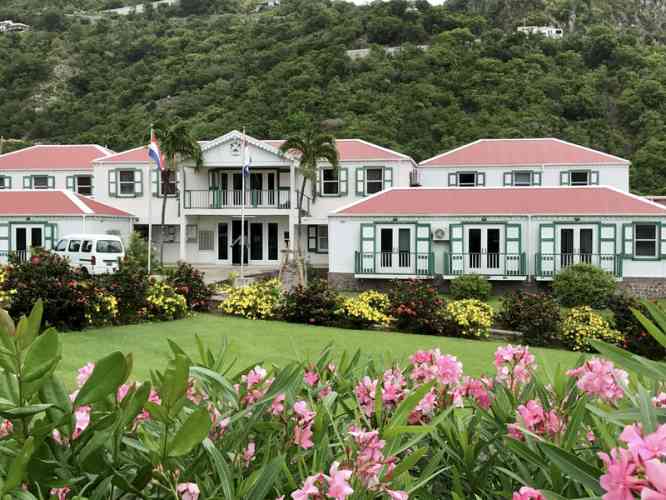 THE HAGUE/SABA–Saba’s Executive Council is very disappointed in the stance of the Dutch government not to set a social minimum for the Caribbean Netherlands at this time, and has informed The Hague of its discontent.

Van Ark confirmed during these debates that at this stage it was not possible to set a social minimum, the least amount that a person needs to have an acceptable standard of living. She cited as reason that the research report of Regioplan released just before the summer had made clear that the (high) cost of living greatly differed per island.

The Saba government does not agree with this point of view. “Even though we have understanding that especially the high cost of living is making this difficult, we cannot explain this to the many people who are having great trouble on a daily basis to make ends meet,” it was stated in the letter, signed by Island Governor Jonathan Johnson and Island Secretary Tim Muller.

According to the Executive Council, the steps the Dutch government is taking to alleviate some of the poverty, such as the increase of the legal minimum wage, the social welfare (“onderstand”) and the child allowance (“kinderbijslag”), are very welcome. “But more is needed than the proposed measures.”

It was pointed out in the letter that as a result of the changes to the Electricity and Water Law, the energy prices went up by almost 50 per cent. Needless to say, this is putting an additional strain on many people’s already tight budgets with the cost of living in Saba being high as it is.

Van Ark’s promise that the Dutch government would look into further measures to alleviate poverty after an evaluation has been carried out is “unacceptable” for the Saba government.

“For us it is incomprehensible that it is acceptable for a developed country like the Netherlands to have so many people forced to live in poverty.” In that regard, the Executive Council shared the view of Member of the Second Chamber Nevin Özütok of the green left party GroenLinks that a social minimum is a matter of human rights.

The Saba government concluded the letter with the remark that it looked forward to seeing how the state secretaries would give “concrete content” to lowering the cost of living on the island. In an earlier letter dated August 24, 2018, the Executive Council had already given its formal response to the Regioplan report in which it called for quick successive steps to help alleviate poverty and to raise the standard of living for the people.

Saba is not the only public entity that voiced its discontent. Bonaire’s Executive Council also sent a letter to the state secretaries early September in which it accused the Dutch government of arriving at the conclusion “without a basis” that it was not possible to set a social minimum for the islands.

According to the Bonaire government, establishing a social minimum is a “highly necessary requisite” in the package to make things better for the people living under the poverty line. The measures the Dutch government will be taking were dubbed “insufficiently effective” and “not very concrete.” The Executive Council concluded that the Dutch government seemingly did not take the poverty of many people on the island seriously.