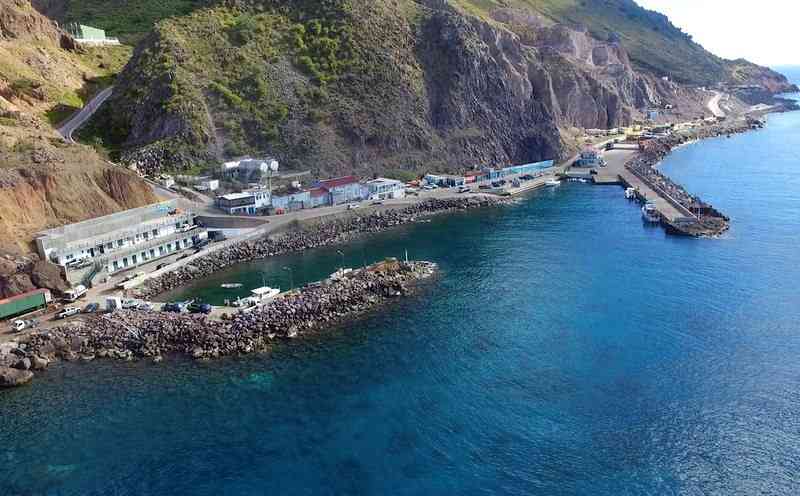 THE HAGUE/SABA–Preparations have started for what will be Saba’s largest infrastructural project ever: the expansion of the harbour at Fort Bay that includes the construction of a second, larger pier.

A so-called sub-soil study, which entails the testing of the sea floor in the direct vicinity of the new pier, is in the planning phase, according to Saba Commissioner Bruce Zagers. This study is important for the breakwater that needs to be constructed to protect the actual pier against the swells. A specialised company needs to carry out this study due to its complexity and specifics. Government has started to look for a company that can carry out the job.

After the sub-soil study, the final design will be made. Witteveen+Bos will be designing the new multi-million pier and the adjacent breakwater. The Dutch engineering company did the design of the current big pier and has the necessary experience. The big pier has withstood all hurricanes, including Irma and Maria.

While in the Netherlands last week and the week before for a series of meetings, the Saba delegation, headed by Commissioner Zagers, met with Witteveen+Bos and the Ministry of Infrastructure and Water Management I&W. “We want to get everyone on the same page and go for the best possible design,” Zagers told The Daily Herald.

The new pier will be bigger than the current “big” pier and will replace the actual small pier which has been damaged by the hurricanes and needs urgent replacing. Temporary repairs were made to the small pier following Hurricanes Irma and Maria.

The exact amount of the project is not known at this time because it is still in the planning phase, but for sure it will be the largest in Saba’s history, said Zagers. The project will be financed through the Dutch Government.

The Commissioner said he hopes to start the harbour project in the first quarter of 2019, but it might be a bit later too, since the project requires a lot of preparation and the hurricane season needs to be taken into account.

Zagers said it was also important to prepare well for this mega project, which he considered a one-in-a-lifetime opportunity to reach the development goals for the harbour for the next 20 years. “We have to do this right,” he said.

Asked about the use of local employees for the harbour project, the Commissioner said the government would encourage the main contractor, which will most likely come from outside Saba, to involve as many local persons and businesses as possible.

The new pier will vastly expand the possibilities for the use of the harbour. Cruise ship tenders, dive boats, recreational vessels, fishing boats and the ferries will be able to dock, and more at the same time. The current main pier, which dates back to 1972 and was named after Minister Captain Leo Chance, gets too crowded at times, and it is also not possible to separate the different types of traffic.

The harbour is vital to Saba’s economy. “It is pretty much a life line for us,” said Zagers. Almost all goods are brought to the island by boat. The ferry also brings passengers, while the dive boats and fishing boats make use of the harbour as well.

Since the airport can never be expanded due to geographic limitations, the harbour is the only location on the island that can be developed to improve accessibility and thereby facilitate economic development.