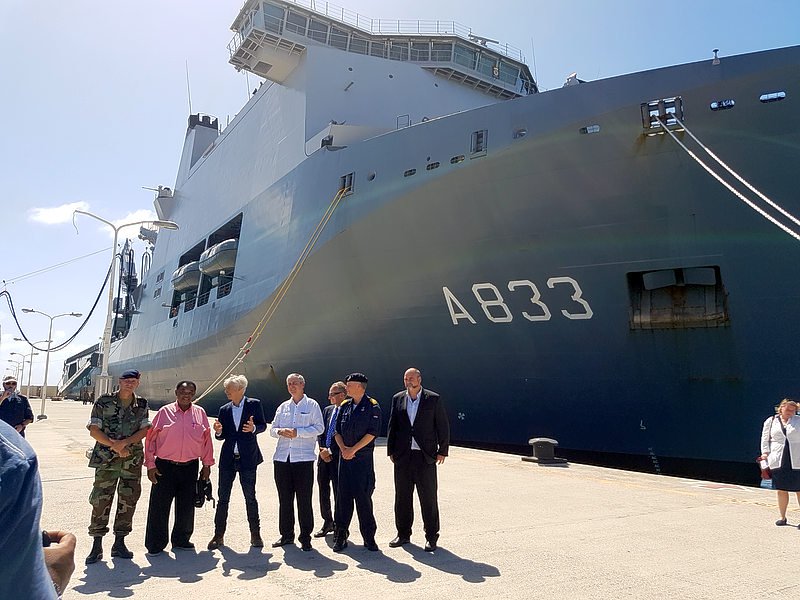 POINTE BLANCHE–Neighbouring St. Eustatius and Saba have added mental health care to their hurricane recovery plans and the Dutch Government is open to any request for the same from St. Maarten.

Dutch Minister of Interior Affairs and Kingdom Relations Ronald Plasterk said Monday that his government is “open to suggestions and requests from the Government of St. Maarten on how we from the Netherlands … can contribute to that aspect as well.” He also pointed out that assistance to address the psychological impact of Hurricanes Irma and Maria can also be provided via Curaçao and Aruba.
Saba and Statia have already proceeded with requests for assistance from the United Nations International Children’s Emergency Fund (UNICEF) to help their children cope with and recover from the trauma of facing and surviving Hurricanes Irma and Maria and their devastating aftermath.
Saba Governor Jonathan Johnson said the psychological impact of the hurricanes is something the island will address for both children and adults.
“Although the schools did not sustain any damage on Saba, still you need to focus on the children and the adults, because going through two hurricanes within two weeks is a lot of psychological stress that you go through,” said Johnson.
Statia Acting Governor Julien Woodley said a UNICEF official was already headed to his island to conduct preliminary work on the psychological recovery of the children and population in general. “We are doing everything that needs to be done,” he said.
Speaking about St. Maarten’s physical recovery, Woodley said, “I must say I was surprised. It looks better than what I have been hearing.” That means “working is going on” to bring the country back after Irma.
He expressed hope from Statia and Saba that St. Maarten regains more of its footing soon, because both islands as well as others in the region “depend a lot on sweet St. Maarten. We too have given our little assistance by taking in people who are homeless and children who need to be in school. This is our thanks for what we had from St. Maarten in the past and we are looking forward to a brighter future for St. Maarten.”
Woodley and Johnson were in St. Maarten to meet with Plasterk and review the recovery supplies from the Netherlands for their islands brought in aboard the Dutch Navy logistics ship HM Karel Doorman.