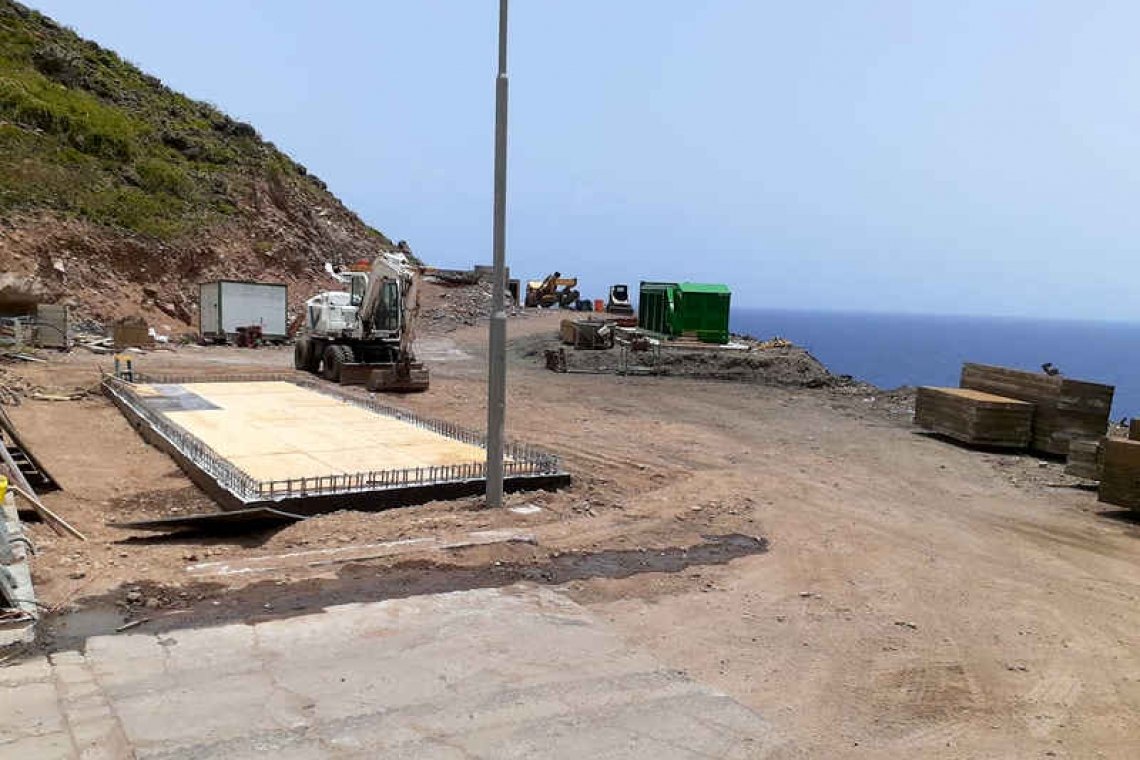 A platform for the air burner under construction. A wall is being constructed at the perimeter of the landfill to prevent flooding during heavy rains.

SABA–The public entity Saba has initiated a project to improve the infrastructure at the solid waste management facility, locally referred to as the landfill.The project includes the construction of a cistern on the premises to secure water storage, constructing platforms for the burners to make loading easier, and erecting a large wall at the perimeter of the landfill to prevent flooding during heavy rains.

The plans are well underway and will be finished in the coming months, stated waste-management coordinator Coulton Johnson. An additional burner was purchased for the landfill. “This was done so that in the event the primary burner is facing mechanical issues, we do not have to resort to open-air burning,” said Johnson.

A malfunctioning garbage truck was converted into a working open-back truck that is now being utilised by the department. Also, a new waste-collection schedule has been created and approved which will be implemented in the coming weeks.

The decision to improve the infrastructure at the landfill was taken during a waste-management workshop with all stakeholders in early 2020.According to Johnson, the meeting was “very productive” and resulted in several plans that will be implemented in the course of this year. These plans also include improving waste separation and the export of waste.