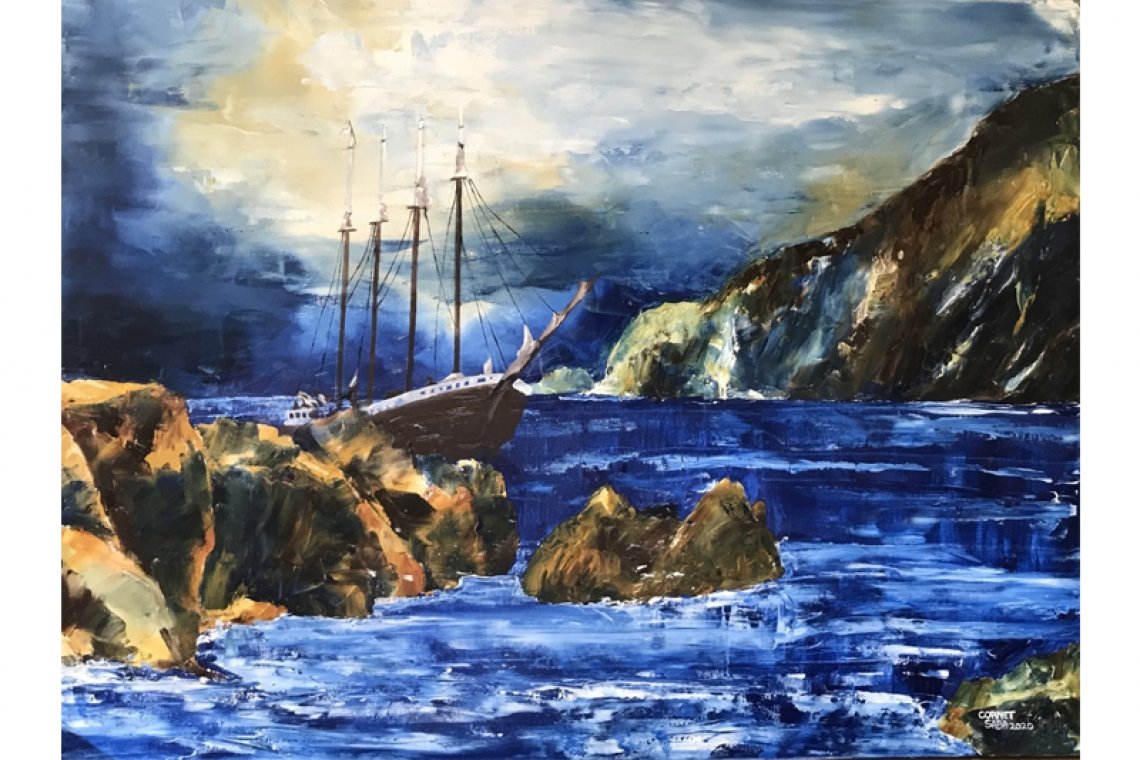 SABA–Six paintings by artist Heleen Cornet of Saba’s historic schooners will be on display during an exhibition around the pool at Tropics Cafe in Windwardside that will open at 4:00pm Saturday, July 25.

“E. Starr Jones at Saba Island.”The acrylic on canvas paintings measure 36 by 48 inches.Cornet has lived in the Netherlands Antilles since 1975 and has taught drawing, crafts and English at Saba Comprehensive School.Saturday’s exhibition will be opened by well-known Saban historian Will Johnson. He has devoted his life to collecting data on the island’s history. Johnson helped Cornet with pictures of the schooners and stories about their crew. He will tell the stories about the ships that are depicted during the opening event.

After the opening, the exhibition will be moved to Saba Heritage Center in Windwardside where during the summer holidays schoolchildren can hear stories about their ancestors who played such an important role in the maritime history of Saba. After the summer break, the paintings will go on sale at Five Square Art Gallery in Windwardside.