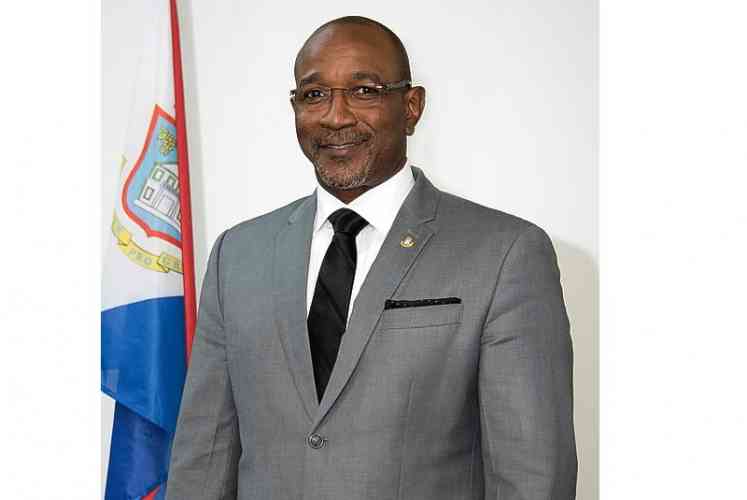 PHILIPSBURG–Safe Haven Foundation has expanded its focus to encapsulate domestic violence awareness by tackling it from the male perspective. To this end, the foundation has partnered with former Member of Parliament Claret Connor “to shine the light and bring insight” to the public about, in particular toxic masculinity and healthy manhood.

The partnership takes the form of a new awareness campaign that takes off as of this month. November is Domestic Violence Awareness Month. This is the month “when we put the flood lights on and really bring the issue of DV and intimate partner violence (IPV) to the forefront,” said SHF’s Executive Director Cassandra Richardson in a press statement.

Connor has made a pledge to work with Safe Haven on its awareness campaigns, education and advocacy initiatives. “I stand in full support with Safe Haven for having the daunting responsibility to care and advocate for victims who have succumbed to the cowardice act of domestic violence. Violence of any kind against women and children must stop and be eliminated from our society,” said Connor.

Connor will share his views on toxic masculinity and healthy manhood via different media throughout the month. These are topics Safe Haven wants to bring more to the forefront as they are “hardly critically discussed” in the community.

Safe Haven Chairwoman Angelique Roumou said it is Safe Haven’s duty and call to prevent, eliminate and eventually eradicate violence through assistance programmes and by providing shelter to abused women and their children. “Our message is loud and clear: We do not and will not tolerate abuse in any form or manner,” said Roumou.

Richardson said Connor is one such community partner “who has consistently displayed the embodiment of a strong and positive role model in our community.” His dedication to community work, being a role model to many young men and women, his family values, and love for people and country were his recommending qualities.

Domestic Violence Awareness Month activities will be concentrated from November 18 to 26 and will include an invitation-only stakeholders meeting with internationally acclaimed anti-violence and community advocate Quentin Walcott and Chief of Basic Police Care for St. Eustatius Robelto Hodge and a keynote address on toxic masculinity and its implications at Philipsburg Community and Cultural Centre.

Also on the agenda is an “Artivist Day” organised by local artist Charisse Piper at National Institute for the Arts (NIA) to create art for the Karuline Water Orange Your World Awareness Walk on November 25 – the United Nations Day for Elimination of Violence against Women and Girls. “Artivism” is a portmanteau word combining art and activism.

More information on upcoming activities is available on Facebook.com/safehavenfoundationsxm.