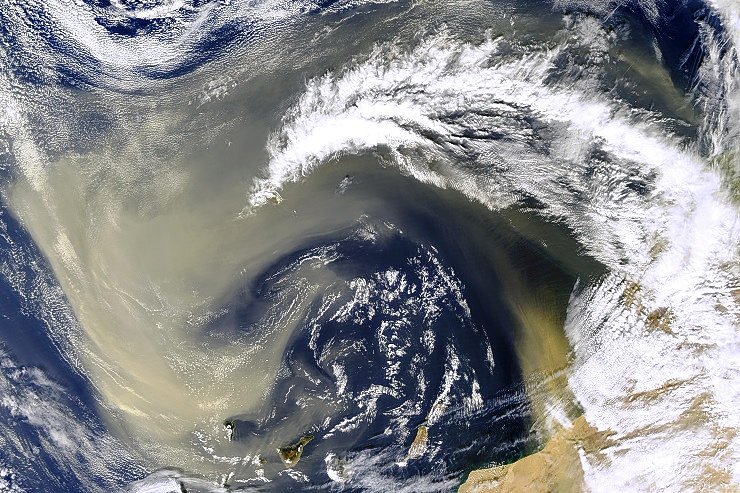 FLORIDA, United States–Even before the 2016 Atlantic Hurricane Season started, the storms were forming. First there was Alex in January, then Bonnie in late May, then Colin and Danielle in June. Since Danielle’s June 20 formation, there has been calm in the Atlantic.

And meteorologist with AccuWeather, Ed Vallee says Sahara dust has something to do with that.

An unusually strong high-pressure system in the northeastern Atlantic Ocean is kicking up plumes of Saharan dust. Tropical systems need sea surface temperatures of at least 80 degrees Fahrenheit, as well as moisture in the atmosphere to feed. So the dry Saharan dust is starving potential systems.

“The water temperatures are plenty warm, but the dry, dusty air is really inhibiting development,” he told the Palm Beach Post. Vallee added that heavy wind shear, another tropical cyclone killer, is also occurring with the Saharan dust.

Even so, it’s not unusual for July to be quiet when it comes to storm formation. The most recent July storm was Dennis, in 2005.

So don’t write off experts’ predictions – of an average hurricane season that will be the most active since 2012 – as being off the mark. According to meteorologist John Gerard, the busiest part of the June 1 to November 30 season is ahead.

“Since we got off to a quick start, many assumed it was going to be an extremely busy season – and it still might be,” he says.

“There is no connection to what occurs early in the season with how the rest of the season will transpire … Don’t let this quiet July fool you. If history means anything, we should expect this calm July – so far – to become much more active in the weeks and months ahead.”

The National Oceanic Atmospheric Administration issued its forecast at the end of May, calling for 10 to 16 named storms, four to eight hurricanes and one to four major hurricanes. ~ Caribbean360 ~