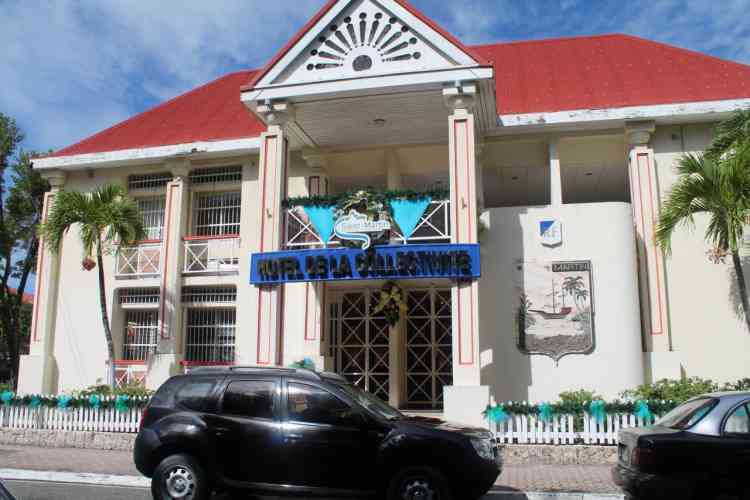 MARIGOT–The Collectivité is presenting the exhibition “Saint-Martinois in the Great War 1914-1918” in the foyer of Hotel de la Collectivité until Friday, November 23, 2018.

This exhibition of St. Martin’s veterans on the Great War is organised by the St. Martin Veterans Association and the Collectivité’s Territorial Archives, based on Serge Gumbs’ research on St. Martiners who fought in the Great War.

The presentation of the list of St. Martiners from 1914-1918, found to date, will be published as of November 12, 2018, on the Collectivité’s website: www.com-saint-martin.fr.

In 2018 research and analysis of the archives made it possible to find 137 St. Martiners engaged on all fronts of the First World War. The study of the First World War in St. Martin is of a special nature if we consider the unprecedented situation of an island, where one part is at war (French), while the other is neutral (Dutch). Repercussions on the daily lives of all the island’s inhabitants, whether it is the incorporation or the supply of flour, to cite examples, are considerable and still raise many questions around which research is ongoing.

Of the male population at the time 16.25 per cent participated in this deadly world conflict. In 1914, this impacted a very large proportion of the male population of St. Martin in terms of high male migration from St. Martin to Santo Domingo for economic reasons. As Gumbs points out in his research and analysis work, in 1914 the percentage of soldiers drafted in relation to the population total was 2.9, while in Guadeloupe it was only 1.9.

How can we convey the experience of the brutal cold, wet battlefields where languages that we do not understand resound, night and day? One soldier for example, Bruno Leydet (1890-1962) who corresponded regularly from the front with his mother Marie-Amélie Leydet (1858-1954), then at the Spring in Concordia, had a dried Spring rose on his uniform permanently during these four years of conflict.

These rose petals are now kept in the Territorial Archives: they also survived Irma. From the front, he never failed to end his letters with a “Goodbye, my dear beloved maman, I kiss you very tenderly as I love you.”

In 2014, the Association des Anciens Combattants de Saint-Martin with the Territorial Archives presented an exhibition in the Collectivité hall presenting the 15 St. Martin soldiers, “Dead for France,” whose memories are honoured on the war memorial to the fallen in the garden of the Hôtel de la Collectivité.

That presentation, entitled, “100 years ago, we were leaving. A tribute to the Saint-Martinois fighters of the First World War 1914-1918” had also made it possible to jog memories of the presence of 76 Saint-Martinois on the European and African fronts of the Great War, both in the Marne and in the Dardanelles, in Algeria and in Tunisia.