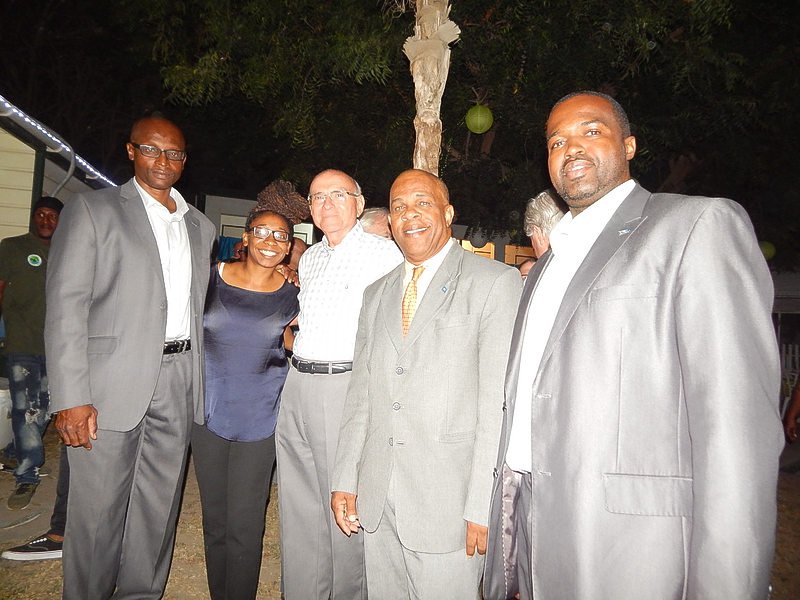 “I’ve been saying this for many years, when I was the governor general from 1990-2002, for 12 and a half years, I came to the island of St. Eustatius, three to five times a year. One thing I paid attention to was nature; I walked in the streets, the mountains, and others places,” he said.

When on the island he talked to the people about not only political matters, but what was important to the man on street such as nature, the economy, economic development, public health, education and integrity, and other pertinent discussions.

Saleh said that after his term as governor general, he was president of the Monument Care Foundation on Curaçao. This Foundation helped to protect monuments in Saba, St. Eustatius, St. Maarten and all the other islands, which are also very important for the culture of all the islands.

“Nature, monuments, economy, go hand in hand that’s why you have to have a joint venture between all these things and not fighting each other, but by working together nature and economy and that is the way to do it,” he said. Saleh thinks of himself as a bridge-maker, not a wall-maker.

DCNA President and Nature Foundation St. Maarten Manager Tadzio Bervoets said, “I’m very happy to be on the island and to be in such good company. We have some serious discussions coming up in the next few days which will more or less set the path forward for the DCNA for the few years going forward.”

Bervoets said he looks forward to having some open and frank discussions in the meetings on Statia, and to coming up with a way forward with strategy to make sure as the DCNA slogan says to “Safeguard nature in the Dutch Caribbean.”