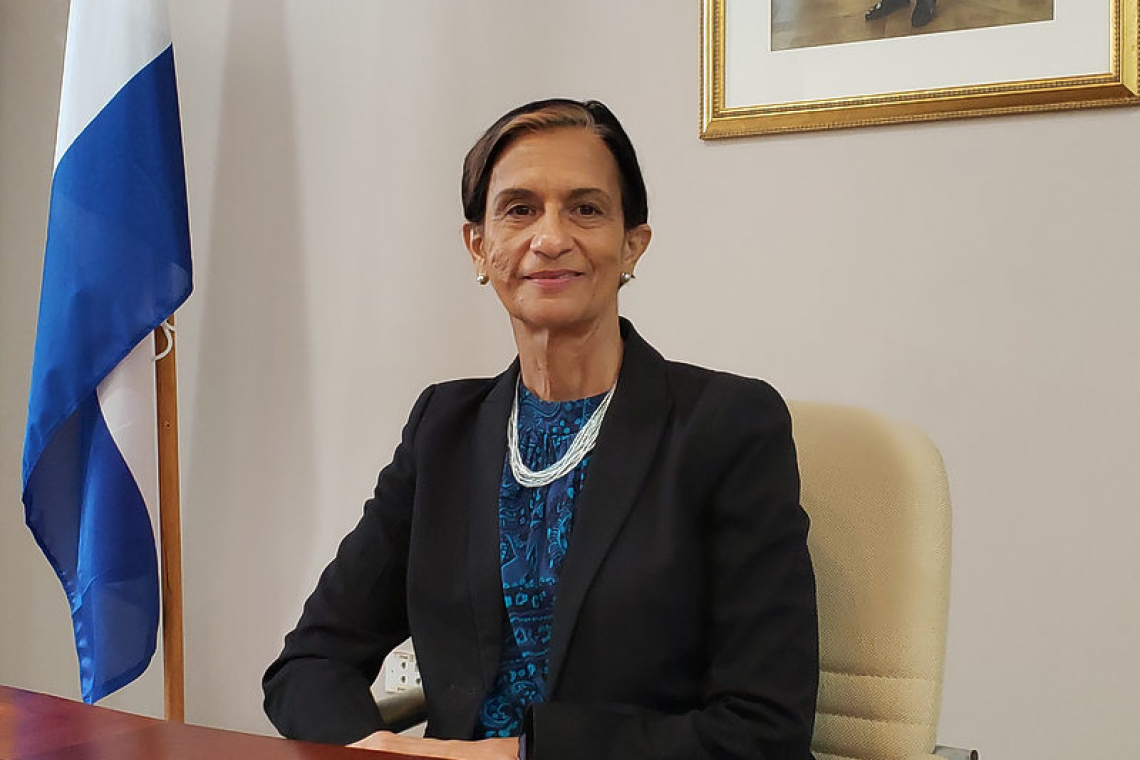 PHILIPSBURG–The United Democrats (UD) faction has called on Minister of Public Health, Social Development and Labor VSA Richard Panneflek to provide clarity and assurance on the continuation of the food assistance programme without delay and to provide Parliament with an overview of the results of the programme thus far.

UD Member of Parliament (MP) Sarah Wescot-Williams said she was taken aback by the notification from the various agencies involved in the programme that it will be coming to an end this month.

She said that while she is thankful to the volunteers and organisations that assisted with the programme, recipients have to face the fact that the programme will end in two weeks while “political posturing” continues between the government of the Netherlands and the governing coalition in St. Maarten.

She is particularly puzzled by the ending of the programme at this time, as State Secretary for Home Affairs and Kingdom Relations Raymond Knops had announced in March that the food assistance programme was being extended until July 1, 2021.

“While this is only two additional months, it was also announced that the additional time would allow the local governments to devise a structural programme for relief to families in need. At the time, it was announced that an additional 15 million euros was designated for the programme to run until July 1. What happened to the extension of the food assistance programme?” she asked.

“In the past few days there has been a lot of bickering about the relationship between the Netherlands and St. Maarten, the petition to the UN, the draft COHO [Caribbean Body for Reform and Development – Ed.] law, implementation agendas and liquidity assistance, etc., etc., but in the meantime, those most in need are being told this food programme is ending and no further information has been forthcoming from our government, of whom it is said that they will take over this programme.

Wescot-Williams said it is reported that approximately 4,800 households have benefitted from the programme which was coordinated by the Netherlands Red Cross and the St. Maarten Development Fund (SMDF), assisted by several other non-governmental organisations (NGOs).

“If we are serious about devising a structural programme, we must have the information collected by aforementioned agencies from the nearly year-long food assistance programme,” she said. “What are our current numbers in terms of unemployment, of welfare recipients, etc.?

“These are matters that should have the undivided attention of government. Structural programmes should be devised that are based on data and numbers, with the objective that everyone deserves a dignified living. Maybe we have never had to think in this manner before because of our collective resiliency, but the times we live in prove that for many, pulling oneself up and out can no longer simply be assumed.”

She wants to know whether there is any geographic and/or demographic information available resulting from the programme and said answers to questions such as “where is the need greatest?” and whether it is amongst the elderly, women and immigrants, needed an adequate response.

“Our population census is long overdue, but that is the kind of information the government needs to underpin policies and laws,” she said.