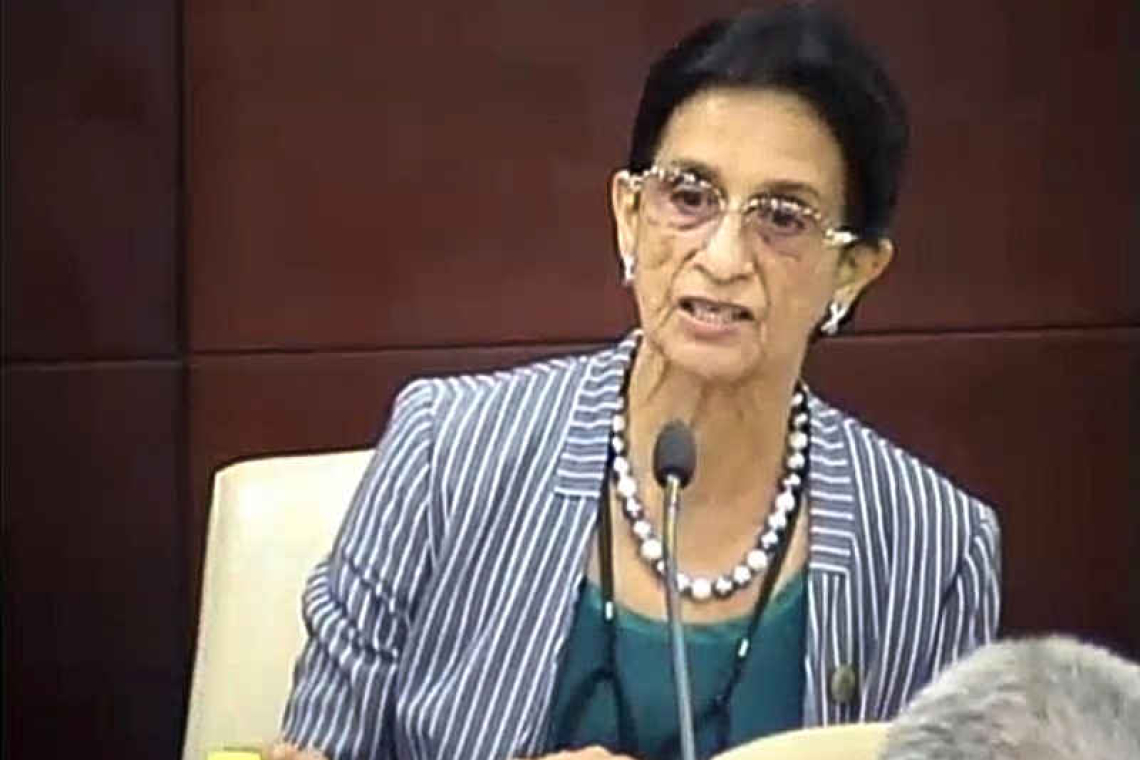 PHILIPSBURG–“Sad” and “unacceptable” were the terms used by United Democrats (UD) Member of Parliament (MP) Sarah Wescot-Williams to describe the recently reported body searches of citizens at the Philipsburg Police Station.

She said incidents of a lesser magnitude would have resulted in immediate suspensions and even resignations. The MP who condemned the searches in the “strongest possible way,” said she had been appalled by not only the two incidents as described in a recent article in this newspaper, but also by the reaction of police officials.

“I cringed at reading how our officer(s) misused their power and humiliated the persons involved. Especially for the woman and the circumstance in which she found herself, it must have been a most terrifying and humiliating experience,” stated Wescot-Williams in a press statement on Tuesday.

“As a woman, mother, grandmother I cannot, but condemn in the strongest possible way that any of our citizens, unless posing a serious and life-threatening danger, be subjected to this type of bodily violation. This cannot be swept under the rug with a simple ‘we are sorry’ or ‘it is in the hands of the judiciary,’” commented MP Wescot-Williams.

“Anywhere else in the world this type of action would have been condemned at the highest level. Less serious infractions would have caused immediate suspensions, if not resignations. Sad is also the fact, considering that we are in the month of November – a month in which strides against gender violence are celebrated and testimonies are given by many as to the long road still ahead in combating this scourge,” the MP stated.

She said Minister of Justice Anna Richardson needs to urgently handle this head on. Wescot-Williams has sent a number of questions to Richardson on the matter.

Her questions include: Have the aforementioned incidents been reported to you? If so, when and how? What are the conclusions and recommendations made, if any? Do you consider these recommendations, if made, adequate? Are you conducting your own investigation? If so, how? Would you be willing to offer your own heartfelt apologies and report on the steps to be taken? If not, why not?

Wescot-Williams expressed hope that Richardson will address this matter even before the questions reach her.