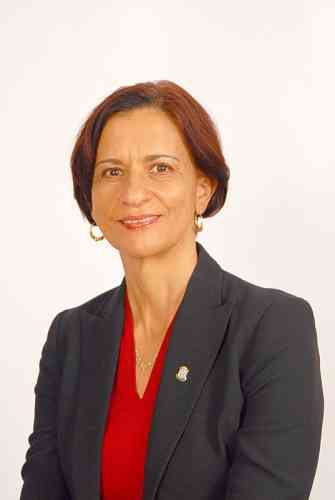 PHILIPSBURG–Chairperson of Parliament Member of Parliament (MP) Sarah Wescot-Williams said on Wednesday that the matter of the dissolution decree will now be “put aside” until “we hear something or another,” and the focus now should be on the February 26, snap parliamentary elections.

She was at the time responding to news that the Dutch Government has turned down the Leona Romeo-Marlin Cabinet’s request to have the dissolution decree discussed in a Kingdom Council of Ministers meeting with the intention of having it annulled. The request was turned down on the grounds that this will not speed up the holding of elections and result in an earlier convening of Parliament.

Wescot-Williams said what everyone is “conveniently overlooking,” from the Dutch’s response is the conclusion that the decree does violate the constitution, but further amending the decree would result in a bigger infringement of the constitution and make a bad situation even worse. “I look at it as we being in a bind where the decree is concerned and parties are saying there is no way to go back. It is wrong, so make the best of the situation. Election is scheduled. It’s on the way, so have election and go forward,” Wescot-Williams said at a press conference on Wednesday.

She referred to as “degrading,” reports that she had influenced Prime Minister Leona Romeo-Marlin to send the letter to the Dutch Government for the decree to be annulled. The MP denied doing this saying that not everyone can be influenced. “If the Prime Minister takes a decision as Prime Minister, it is a decision as Prime Minister,” she said noting that the Parliament of St. Maarten had unanimously voted for a motion on November 10, 2017 for the Government of St. Maarten to send the dissolution decree for annulment. “It was not a Sarah motion. It was a unanimous motion of Parliament,” she contended.

She stressed that what is important is what happens between now, elections and the time that the new Parliament sits on April 2. “Government business needs to continue and part of Government business is that Parliament continues to exercise its right and ask accountability from Government. That’s the way the system works. Parliament should continue to focus on the recovery and reconstruction of St. Maarten,” she noted. “This process is going to be a long process.”

Parliament has to exercise its responsibility by “keeping its finger on the pulse” of the disbursement of the funds for the reconstruction of St. Maarten. “The Dutch Government has to be looked at, as to whether they are complying, and St. Maarten needs to make sure it is doing what it is supposed to do.”

She said an organisation has to be established in St. Maarten that will be the counterpart for the World Bank. Professionals in and out of Government should be part of this organisation as such an opportunity to work with the World Bank does not happen often.

Community Councils
Wescot-Williams said also that it is important for authorities to “legalise” community and district councils. She said these councils should play a pivotal role in assisting Government with its tasks. It is impossible, she noted, for anyone to expect one or more Government departments to have a total overview of districts from which to set its policies without the input of councils.

She said community and district councils should be structured and be part of the organisation of the country. Community councils can even create employment by hiring persons to assist persons in the districts that they oversee. Each community should always have a functioning council.

During her press conference Wescot-Williams also spoke about the weekly “question hour” with Ministers, which was approved in a motion passed by Parliament, amongst other issues.