Home Headlines & Top Stories Sarah says if she feels intimidated to take stand, she needs to... 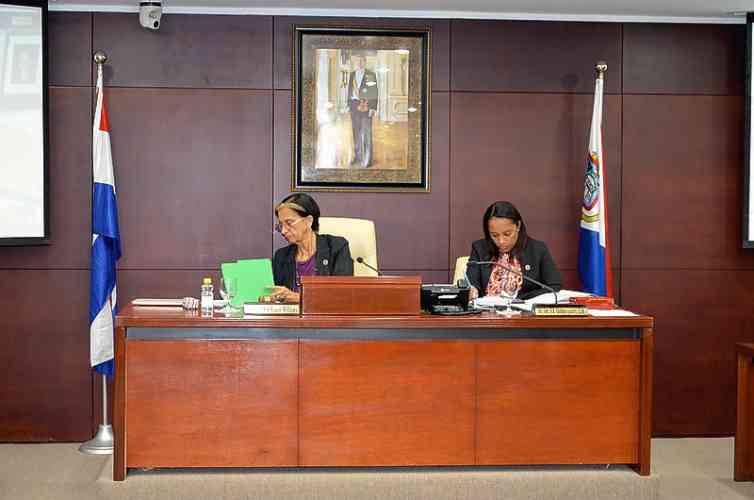 PHILIPSBURG–United Democrats (UD) Member of Parliament (MP) Sarah Wescot-Williams made it clear on Monday that she will be headed out of the door if at any time she feels intimidated to take a stand on issues as an MP.   She was speaking at the time during the closing of the parliamentary year.   “If the day arrives that I as an MP feel intimidated to take or state a position for the spin that will be given to that position by some MPs, then I need to find the door of this establishment,” Wescot-Williams said.

“Too often subtle threats are made against MPs that if he or she was to express his or her opinion, then what. I wish to state again, that for me, if I ever reach the position that I feel intimidated to talk to a subject and to express my feelings that every MP is entitled to, then I know where the door of this establishment is.”

She said parliament has inherited much of how it functions from the former Netherlands Antilles (NA) and there is need for many issues to be addressed in the functioning of parliament, some of which have been condoned and accepted which are not in keeping with parliament’s Rules of Order and in some cases the laws that govern the functioning of St. Maarten.

“I have heard much of what was expressed here by the members of different factions and I want to encourage MPs to allow ourselves to continue when there are matters that we believe need a discussion amongst the 15 of us – use the opportunity that we have taken and consider to discuss the relationship of St. Maarten in the Dutch Kingdom.”

She also urged MPs to consider the banning of single-use plastic in St. Maarten as an important issue to be addressed and urged everyone to forget party lines when discussing these issues in the interest for the people of St. Maarten.

“However, that can only be successful if respect is shown and given, not only in these halls and when we are standing in front of the camera, but also how we speak about our colleagues in many other settings. At the end of the day we cannot expect otherwise from the people of St. Maarten and the general public if we don’t set the right example here in the hall and other settings where we find ourselves,” she said.