Home Headlines & Top Stories Sarah says ministers’ statements on US pre-clearance have her confused | THE... 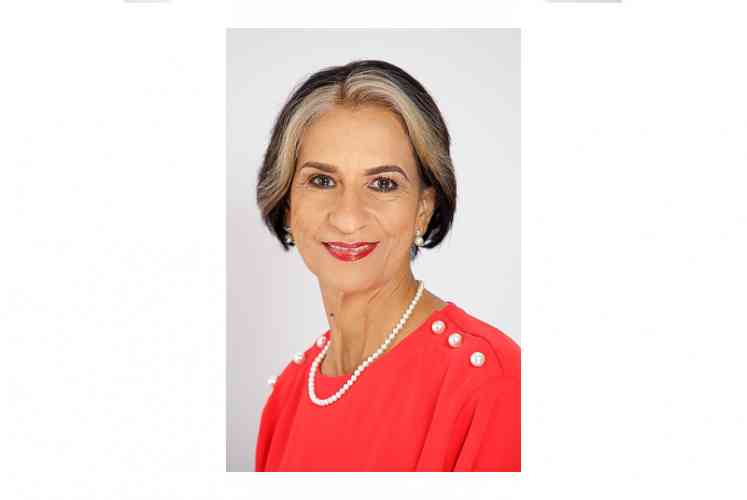 ~ To invite ministers to Parliament on matter ~

PHILIPSBURG–United Democrats (UD) Member of Parliament (MP) Sarah Wescot-Williams on Sunday added her voice to the ongoing discussion about US pre-clearance being established at Princess Juliana International Airport (PJIA), hinting that the issue is “polarising the community.”

She said also that recent statements by several ministers on the subject have her confused and most likely are also puzzling to international partners.

“Now, the issue that is polarising the community of St. Maarten is the planned US pre-clearance presence at the PJIA – not the Dutch aid, or the pace of the Trust Fund programme, not the reconstruction of the airport, but US pre-clearance,” Wescot-Williams said in a press release on Sunday.

“We have so polarised the issue that no one is standing still by all that it entails, what it will require, etc. There are, for example, some non-airport-related matters that need to be addressed as well: safety, sovereignty, immunity, liabilities, etc.”

She said the latest statements from ministers “have even me confused and I can just imagine the general public. Given the status of such a project, I can imagine that we also have international partners scratching their heads.

“I am of the opinion that a US pre-clearance presence at our airport could be beneficial for the island. In fact, in all government programmes of recent times, US pre-clearance is mentioned, including the one that governs the current government. I also can attest that since I was a member of the executive branch of government, negotiations have been going on regarding US pre-clearance.”

“Making use of this right of ‘interpellation’ is shorter, more direct and ministers must come to Parliament prepared. This right is enshrined in our constitution and worked out in our Rules of Order. The request from a member to have an interpellation must be motivated,” she explained.

In her letter to Parliament motivating her request for approval to invite the prime minister, TEATT minister and finance minister to Parliament “within the shortest possible time,” Wescot-Williams said the reconstruction of PJIA is a matter of ongoing debate and concern.

She said statements by different ministers have unfortunately not contributed to putting to rest the prevailing sentiment that the plans to reconstruct the airport, the airport’s financing and the US pre-clearance plans are not synchronised between the airport companies and their shareholders. “In other words, we don’t seem to have our act together.”

She said also that several international partners are in one way or another involved in one or more of these matters and “the apparent lack of one vision from local authorities and stakeholders, in my view, places St. Maarten in a negative light and weakens the country’s position.”

In her letter, Wescot-Williams also posed a number of questions for the three ministers to answer, in Parliament. She asked whether there is a firm agreement amongst government, PJIA and all other involved stakeholders on the World Bank/Trust Fund financing proposal for the reconstruction of the airport and, if this is the case, to list the name, function and date of approval.

She also asked what the delay is in proceeding in accordance with this agreement; whether the airport is still desirous of seeking other financial options and, if so, what the terms and conditions are for other potential financiers.

She queried whether the airport is still engaged with potential financiers it had approached in the earlier stage of its reconstruction efforts; whether there are interested organisations and or firms on hold or have these talks been terminated; and whether is it permissible under the World Bank/Trust Fund agreement to simultaneously pursue other options for financing.

Other questions include what is the current financial position of the PJIA or its operating company PJIAE; what is the precise (re)construction plan or layout for the airport; can a US pre-clearance facility be included in the plans at this time; and whether it is already known about the envisaged pre-clearance, what is required, financially feasible and economically beneficial.