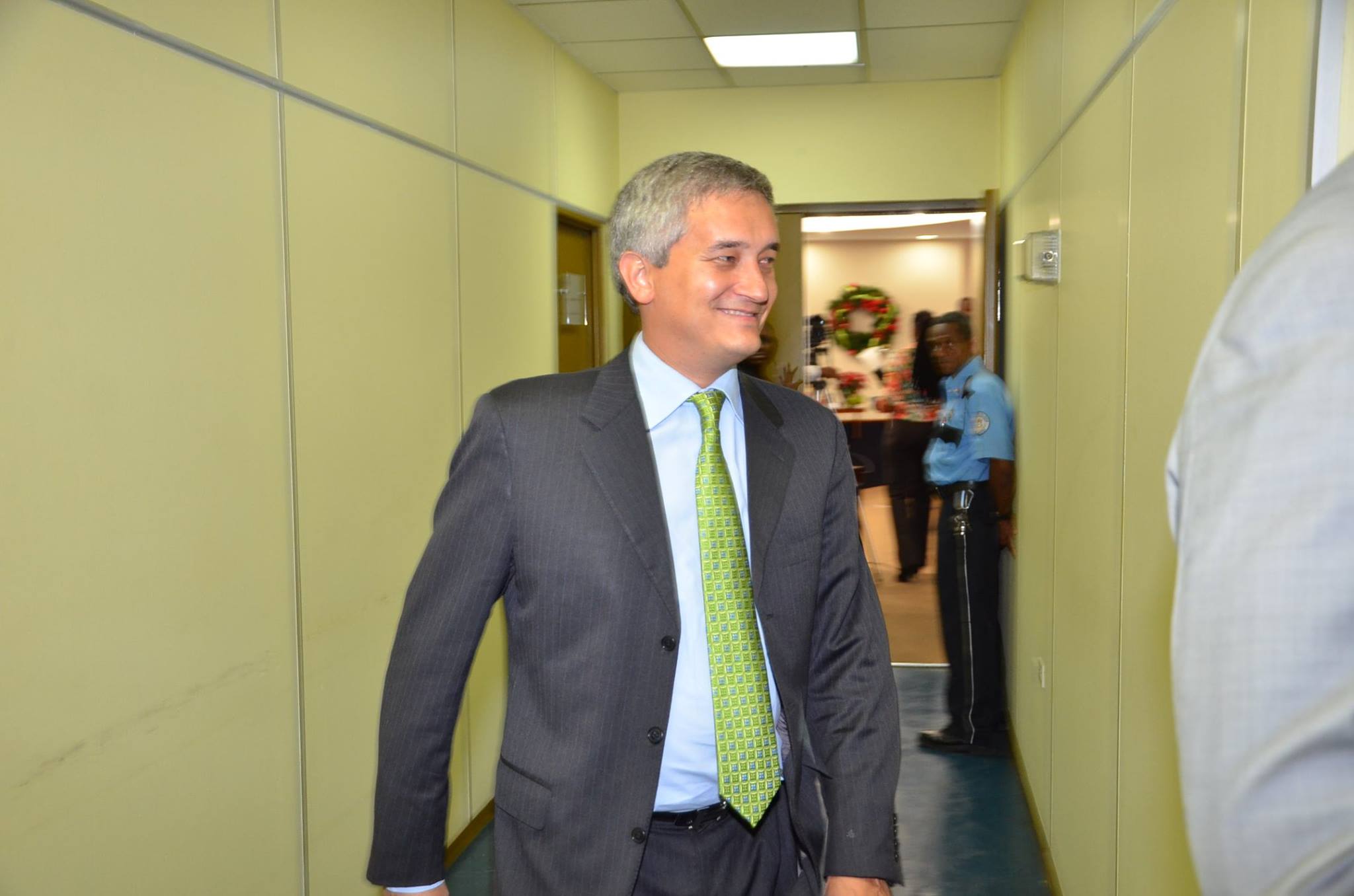 PHILIPSBURG–Member of Parliament Sarah Wescot-Williams said Wednesday she “feels good” about the release of suspended MP Theo Heyliger. Her buoyant feeling, she noted, would be the same for any St. Maartener who had to endure a similar ordeal.

Heyliger was released from police custody on Tuesday night after spending some 13 weeks detained on charges of corruption and money-laundering. He and Wescot-Williams are both members of United Democrats, a party he headed before resigning as leader some two months ago.

“In Theo’s case in particular, I am even more satisfied for this, given the fact that Theo is not only a political colleague, also a friend and one who together formed the party that is now the biggest faction in the Parliament. … Theo has done a lot for St. Maarten, and friend or foe would have to admit that,” Wescot-Williams said in a press conference held in Parliament House on Wednesday afternoon.

Heyliger’s situation has brought into sharp focus the state of the country’s prison and detention areas, she said. The topic of the prison will again be on Parliament’s agenda next week in a continuing session with Justice Minister Cornelius de Weever.

Tourism and Economic Affairs Minister Stuart Johnson said in the Council of Ministers press briefing earlier on Wednesday that the news of Heyliger’s release “brought happiness throughout our nation, especially for his family, friends and supporters. I continue to keep Mr. Heyliger in my thoughts and prayers as he faces his ongoing medical journey ahead.”