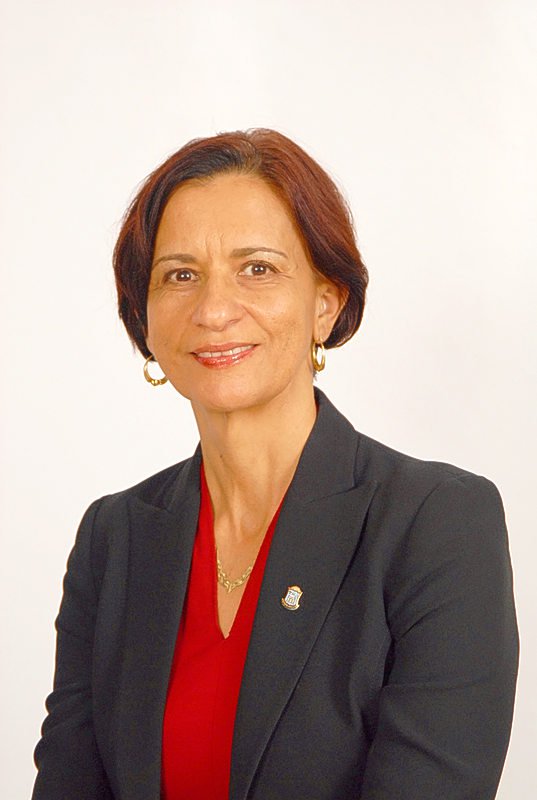 PHILIPSBURG–Member of Parliament (MP) Sarah Wescot-Williams tabled a motion in the legislature that called on Government to open and strengthen the lines of communication with the Dutch Government to ensure there is no delay or loss of aid for post-Hurricane Irma recovery.

The motion, presented in the plenary session of Parliament on Wednesday afternoon, also calls on Government to present a formal aid request to the Dutch Government that still has to be adopted by Parliament. Voting on it will occur when the now-suspended session resumes in the coming days.
The session, the continuation of the discussion between MPs and Prime Minister William Marlin about the country’s recovery after Irma, was suspended until further notice to give Marlin time to gather answers to questions posed by MPs.
Wescot-Williams (Democratic Party) outlined her motion and called for support for it from fellow MPs to make it viable. Her motion was supported by several MPs, but will still require formal voting for it to be enacted.
The motion contained several other instructions to Government, including the establishment of “regular consultations” with French-side authorities with a report to Parliament.
The start of a guarantee fund to protect mortgage-holders in consultation with the commercial banks also forms part of the motion.
Should the motion pass, Government will be instructed to enlist the United Nations Population Fund to address population shifts experienced in the aftermath of Irma by making use of social mapping developed on and for St. Maarten.
Another post-haste assignment for Government will be the proposal of a framework law to formalise the structure of district and community councils to make them a mandatory part of the social development plan.
A review of the country’s disaster management structure “in all of its facets” must be taken up by Government should Parliament pass the motion.
Wescot-Williams’ motion seeks to instruct Government to set up a new formal dialogue structure with the business sector to tackle issues and grow the economy.
It also calls for the establishment of a weekly question-and-answer session between Parliament and the Council of Ministers, and the start of a joint Dutch side-French side project to clean up Simpson Bay Lagoon.
A number of MPs present for the session shared their view on Prime Minister Marlin’s handling of the country’s response pre- and post-hurricane. The speeches commended approaches taken by Government but also included criticism and recommendations for the future in areas including clean-up and tackling joblessness.