Home Local News Sarah will not be stifled, says ‘enough is enough’ 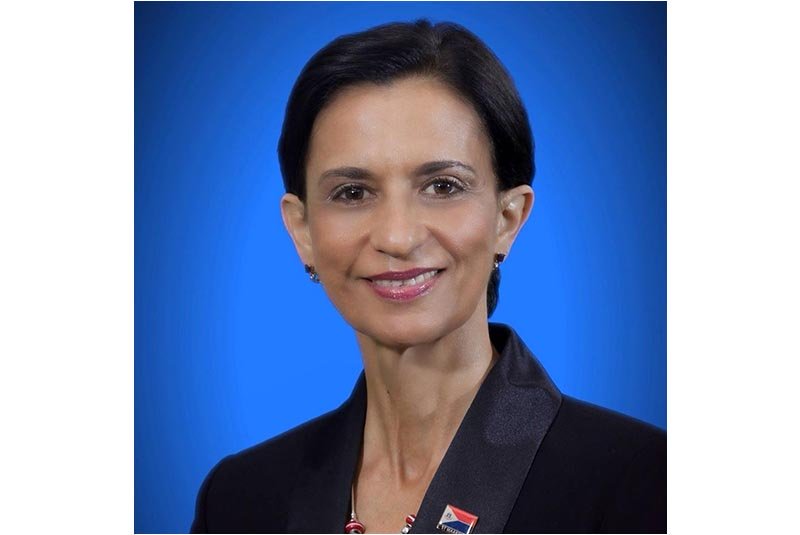 PHILIPSBURG–Chairperson of Parliament, Member of Parliament (MP) Sarah Wescot-Williams took a firm stand against her coalition partners on Friday when she indicated that if she is not allowed to have her own position on the matter of aid to St. Maarten, then she has no place in the coalition her party presently supports.

“Enough is enough,” Wescot-Williams said while making her bombshell statement towards the end of her presentation during a meeting of the Central Committee of Parliament on Friday on the matter of Dutch assistance. Prime Minister William Marlin and Finance Minister Richard Gibson were both present at the meeting.

The frustration of Wescot-Williams and that of her fellow DP MP Perry Geerlings was evident during their questioning on the matter of aid. “How many more questions are we going to ask,” she asked.

“In all that has happened, in all the frustration that I have heard, that I myself have expressed, what bothers me more is the fact that when it’s either told to me, or insinuated by members of the coalition that I support, that I cannot take a position other than the coalition’s position in the case of specifically the matter of aid to the people of St Maarten. I am now the one that is being crucified because I have the gall to stand up and say how I believe we should approach the matter of aid. Have I sought to crucify anyone else in or out of the coalition for taking their stand against whomsoever – the Dutch Government, the EU, UNDP?” she asked.

“Have I? But then to be told, in other words, that it’s either that way, which is not my way, or the highway, then I am saying, I will take the highway. And if I can’t take a position other than most other persons, even in the coalition that I support, then I have no place in the coalition that I support, then there is no room there for me and I understand (that this Ed.) doesn’t really matter, but you listen, you take, you smile, but enough is enough.”

Wescot-Williams’ had made her position on the matter of aid clear on multiple occasions recently. She says in the absence of any other credible plan, St. Maarten should not close the door to what the Kingdom Government is offering as aid for St. Maarten and the conditions laid out. Marlin and government’s position is that the Dutch government should not “hold St. Maarten hostage” by imposing the condition of passing the integrity chamber law and having the Royal Dutch Marachaussees perform border control in St. Maarten as, in their view, agreements on these two issues already exist.

Wescot-Williams said if her position will be held against her, then “so let it be. If the coalition that I support has no room for other opinions, than a certain few, then I, my party, and my opinion… would have to see how and where that get’s a way to be promoted,” she made clear.