Home The Daily Herald Save the Children’s new head eyes global growth to give all children... 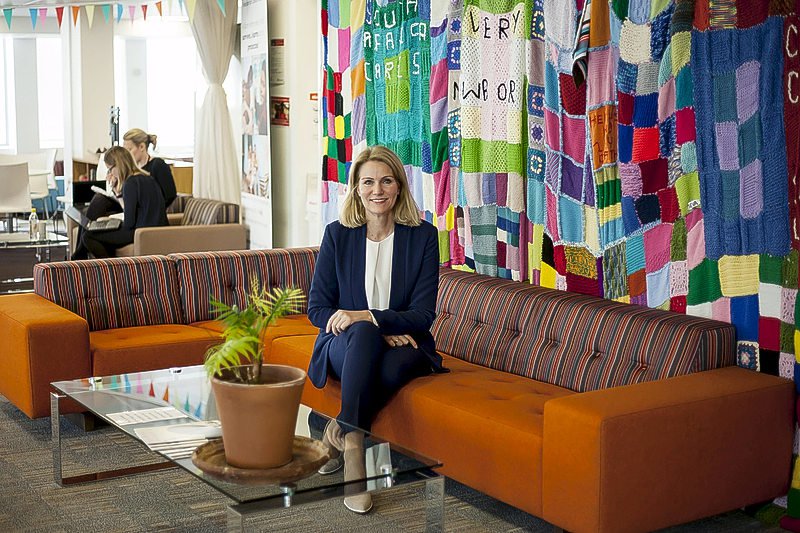 LONDON–As the new head of Save the Children International, Helle Thorning-Schmidt is on a mission – to grow the charity globally and ensure all children have a chance in life.

Thorning-Schmidt, who was Denmark’s first female prime minister, is the latest former national leader to jump from politics into an international humanitarian role, bringing with her links to friends in high places and a reputation for action. In her first interview since taking up the role this month, Thorning-Schmidt said she wanted to make sure that everyone knows Save the Children and understands the philosophy that changing one child’s life can change the world.
Launching a three-year campaign called “Every Last Child”, she called for legislation, finance and a change in attitude to ensure even the poorest children receive life-saving services. The campaign accompanied a Save the Children report released on Tuesday showing an estimated 400 million children are excluded from basic services such as healthcare and education due to gender, ethnicity or religion – and it is getting worse.
“There are small children that just don’t have a chance in life … girls, refugees, street children, disabled children, children from ethnic minority groups,” Thorning-Schmidt told the Thomson Reuters Foundation in her central London office. “This is not just about poverty but also discrimination. We have made huge progress but we need to do more as it is not impossible in our lifetime to see a world here we have millions more children surviving after the age of five, going to school and learning, and not being subjected to violence.”
The campaign mirrors targets in some of the 17 global goals adopted by 193 United Nations member states last year that committed to eliminate extreme poverty, inequality and address climate change by 2030, vowing to “leave no one behind”.
Thorning-Schmidt, 49, a Social Democrat who led a Danish coalition government from 2011 until an election loss in 2015, took over from Jasmine Whitbread as chief executive of Save the Children International, part of the charity group that dates back almost 100 years. The high-profile appointment came after a restructuring which created the umbrella organisation Save the Children International in 2010. Save the Children works in 120 countries with more than 25,000 staff and a $2 billion (1.4 billion pounds) budget.
Thorning-Schmidt became an Internet sensation in late 2013 for posing in a “selfie” with U.S. President Barack Obama and British Prime Minister David Cameron at Nelson Mandela’s memorial service with an unamused Michelle Obama looking on. While not missing the cut and thrust of political life, she said she hoped her 20 years in politics and profile would add value to Save the Children and help the organisation grow.
“We want to be better known, we want to be a movement of millions, so we want to have more people following us and contributing to the work that we do globally,” she said.
Thorning-Schmidt joins the likes of former British foreign minister David Miliband who became chief executive of the International Rescue Committee, as well as former prime minister Gordon Brown and former U.S. presidents Jimmy Carter and Bill Clinton who also shifted from politics into humanitarian work. Andrew Cooper, author of “Diplomatic Afterlives” and political science professor at Canada’s University of Waterloo, describes these former political masters as “hyper-empowered individuals” with access to current and former national leaders.
Thorning-Schmidt said she hoped her network and profile would make a difference and help Save the Children’s goal to stop children from dying from preventable causes, have access to quality education, and live without violence and abuse. Studies show since 1990, the proportion of children dying before the age of five from preventable causes has halved.
The number of children out of primary school has fallen 42 percent since 2000 but 58 million primary-school age children are still out of school. “I don’t think there should be a contest or a battle between the political world and the civil society world,” said Thorning-Schmidt, who has two daughters. “We are all trying to make change, we want to change things for people. We have to work for it but it is possible.”

Source: Daily Herald
Save the Children’s new head eyes global growth to give all children a chance