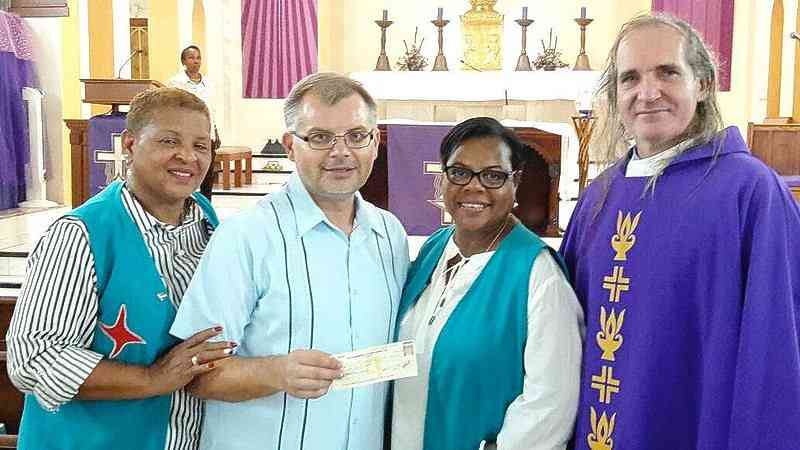 PHILIPSBURG–St. Maarten Carnival Development Foundation (SCDF) released the official schedule of events for Carnival 2018 on Christmas Day. Describing the release of the schedule as a gift to Carnival-lovers on Christmas, SCDF erased all doubt that St. Maarten’s largest annual event will be held in 2018 and included on the schedule a night called “Shaking Off Irma.”

As usual, the schedule is presented through SCDF’s long-standing corporate sponsor Scotiabank. Following the passing of Hurricane Irma, SCDF is determined to repeat the efforts of 1996 when one of the most successful Carnivals was held after Hurricane Luis. The Foundation released a schedule that features 27 days of Carnival events, including pre-Carnival events, with 21 days between the official opening of Carnival Village on April 12 and closing on May 2.
All of the international shows that have become staples on the Carnival programme will be held in 2018: One Love Reggae Concert, Noche Latina, Night of the Hit Makers, Caribbean Flag Fest and Bacchanal Sunday. One new international concert has been added called “Soulful Company.” SCDF said more information about this night will be released at a later date.
The schedule also features popular local events, including the Calypso Competition, Soca Rumble, Band Clash and Road March Competitions, three parades, a family fun day, Culture Night, Jouvert and more. SCDF also included a locally-themed free night called “Shaking Off Irma” and a US $5 Jouvert Aftermath event on the night after Jouvert Jump-Up, which is annually a very difficult night to host a large show.
Together with the free Village Cook-Up night, Carnival-lovers will have two free nights on the schedule and one very inexpensive one. SCDF and the respective promoters are also conscious of the fact that the entrance prices for their shows should be a little less than usual.
The pre-Carnival events are highlighted by several Road to Carnival jump-ups and parties as well as Rio Productions’ lighted parade and the Survivors group’s Children’s Balloon Parade.
The only shows not present on the schedule this year are the queen pageants. Posh Productions, which organises the pageants on behalf of the SCDF, announced last month that the pageants will not be held, considering the harsh economic climate and the fact that the contestants would not have an easy time acquiring funds for their participation in the pageants.
“People aren’t coming up to us and asking if there will be Carnival, they are telling us we better have Carnival,” SCDF President Alston Lourens said. “Our people need Carnival – not just for the release of stress and to have a culturally great time, but Carnival is a significant part of St. Maarten’s economy.
“It extends our high season, it drives business all over the island and touches almost every sector. It facilitates employment through many of our large contractors and service providers and it gives local entrepreneurs the opportunity to operate small businesses (booths) in the Carnival period.
“We are very thankful to find ourselves in a position to host Carnival 2018 and look forward to the cooperation of everyone to make it a successful one despite our challenges. We have done it before and we will do it again.”
The Carnival schedule was designed by Cleon Frederick of So Contagious Studios with major photography by Luca Zambrini.