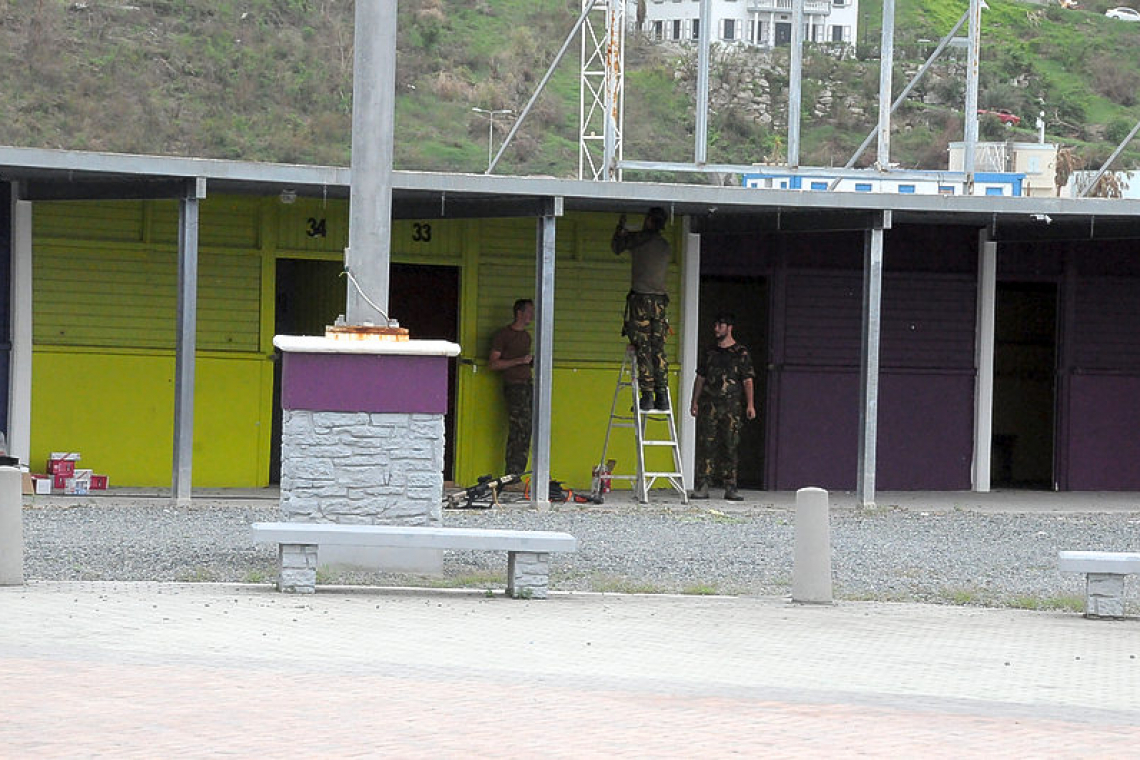 PHILIPSBURG–St. Maarten Carnival Development Foundation (SCDF) made its plea to Parliament to put a halt to its bid for Carnival.

This request was put forward by the SCDF board in Parliament’s Central Committee meeting on Thursday.
SCDF has asked Parliament to allow the foundation to execute its proposed restructuring plans and honour present long-standing agreements with sponsors.
SCDF sat in Parliament to address the decisions taken via an amendment in the budget debate held last year without consultation with the foundation. SCDF noted that this decision has had considerable consequences for the foundation.
SCDF board member Michael Granger explained to members of parliament (MPs) that after the passing of the amendment, efforts to get clarity from Parliament or government had proved to be difficult for the SCDF board. He said that as time passed and the government continued to repeat the Carnival tender in public settings, SCDF had been pressed by its stakeholders for answers.
Granger explained to MPs that SCDF can only fulfil its existing short- and long-term commitments through having Carnival, as this is its only mean of generating revenue. Since “rumours” of Carnival being put up for bid/tender have come into circulation “creditors and sponsors have been knocking on our doors wanting their money,” said Granger.
The decision made by Parliament has put the foundation in a financial predicament, he added. He noted the stress this has brought to the SCDF board especially during the Carnival season.
He noted that the foundation’s debt is not a secret and has never been, as it was made public to both Parliament and the Council of Ministers. “We operate in debt because we are underfunded,” said Granger. He said that although government provides a subsidy, this is ear-marked for marketing purposes only.
Granger maintained that SCDF’s issue is it’s possibly and suddenly not having the ability to fulfil its obligations due to no fault of its own, but due to a Parliamentary decision and not being afforded the courtesy of consultation with Parliament or government prior to the decision being taken.
MP Sarah Wescot-Williams pointed out that the Carnival subsidy of NAf. 350,000 in the 2022 budget had been taken away and in the amendment proposed by government it was added to “festivals”. She said the amendment clearly states, “Carnival needs to go on public bid,” furthering questioning her colleagues’ confusion.
Wescot-Williams said it was government’s responsibility to provide an explanation for to the amendment that was proposed and subsequently passed.
She went on to question what gives the government ownership of Carnival. In reference to the bid for Carnival, she asked when this would take place.
MP Ludmila De Weever took note of Wescot-Williams’ statements and provided an explanation. De Weever said that persons should know that she put the subsidy for Carnival back into the 2022 budget.
She explained that during her time as Minister of Tourism, Economic Affairs, Transport and Telecommunication (TEATT) the reason SCDF had received its subsidy for Carnival was because she made sure this was included in the budget. She said she was not going to be solely responsible for Carnival not happening and therefore did not go to that budget meeting.
De Weever proceeded to read an email from July 21, 2021, in which the MP recommended adding the subsidy for Carnival in 2022, leaving the balance of NAf. 600,000 under line item for marketing as “general” and to consider adding a line item for cruise marketing which would include items such as small island soca cruises.
“I wasn’t the one trying to threaten the existence of Carnival, because I have the financial knowledge to say, ‘No this is not realistic.’ You don’t tell someone six months before an event ‘put it on bid’,” said De Weever.
She continued by saying that she had been absent in the following budget debate “because they sneakily put in again a budget amendment to do the same thing again and I was not going to be party to that … because it is irresponsible financial decisions,” she concluded.
MP Melissa Gumbs said that if the restructuring of SCDF on the way Carnival is carried in St. Maarten is the conversation, then that needs to happen with all stakeholders involved. She said that if government is adamant about Carnival being put out for bid there are ways to protect against Carnival being highjacked by non-local actors.
She provided her suggestions on doing so. She said strict criteria should have to be met, such as restricting this to foundations that have cultural relevance. “To protect St. Maarten’s heritage and culture,” said Gumbs.
In closing, SCDF said it is always available to discuss how it can make Carnival sustainable and in the meantime it will continue with its plans for the next Carnival.