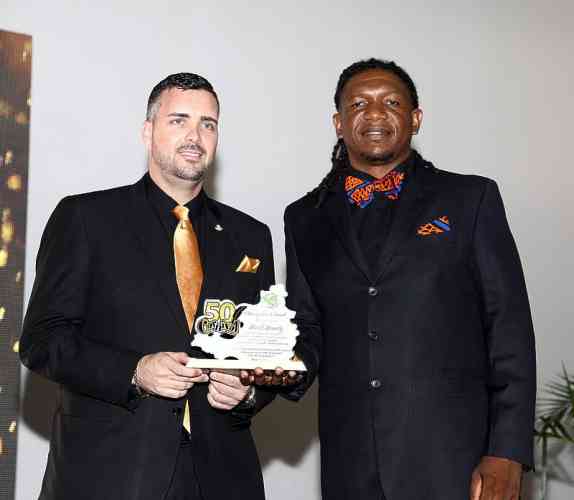 PHILIPSBURG–The St. Maarten Carnival Development Foundation (SCDF) said on Wednesday that it did not know what to make of Minister of Tourism, Economic Affairs, Transport and Telecommunication (TEATT) Stuart Johnson’s statement, as most of his statement flies in the face of the law and creates the impression of wrongdoing by SCDF.

“Both are far from the truth,” SCDF said on Wednesday.

The SCDF board said it respects the minister’s right to share his opinions about Carnival, but it must clarify any impression created by Johnson regarding SCDF and its financials. Moreover, SCDF said Johnson could have met with the foundation prior to his press statement if he genuinely wanted to start working with SCDF on preparing for Carnival.

“We question the forces behind such a sudden statement,” SCDF said.

The foundation explained that it receives an incidental subsidy of NAf. 350,000 from government. To obtain this subsidy, SCDF, like every other foundation in St. Maarten that gets an incidental subsidy, has to comply with the requirements outlined in the law, the subsidy ordinance. It requires SCDF to present a budget, financials signed off by a certified public accountant (CPA), and a plan of action for the requested funds.

Additionally, foundations receiving an incidental subsidy have until March 1 of the year following the year in which the subsidy was received to submit their financials. The SCDF has submitted all of its 2018 documents to government, including certified financials, as it has done for the past decade.

“If we had not done so government would not be granting us any subsidy. Had government granted us subsidy without those documents, government would be acting against the law and this has not been the case,” SCDF president Alston Lourens explained.

Lourens also pointed out that while Johnson specifically mentioned SCDF requesting subsidy with an increase for Carnival 2020, the minister should be reminded that the early request for subsidy as well as any increase SCDF is seeking came at the behest of the head of the St. Maarten Tourist Bureau. Also, by the same subsidy ordinance, SCDF can request incidental subsidy any time up to two months before the start of Carnival.

“So again, the foundation is not only acting within the law, but being prudent and doing so early to facilitate any discussions that must be had with government,” Lourens said, adding that a request for an increase in subsidy also had been submitted for Carnival 50 and previous years.

“People forget that the subsidy once stood at NAf. 500,000 before being cut by government for reasons still unknown to the foundation. That increase came when the current TEATT Minister was president of the SCDF, and the increase was granted by then-Minister Franklin Meyers. So, to create the impression like it’s something new is totally disingenuous,” Lourens said.

“We are so confident about our compliance when requesting subsidy that we challenge any minister, past or present, to dispute the fact that we have always complied with the law.”

Regarding an economic impact study for Carnival, Lourens questioned who conducts economic impact studies for any major economic influencer in St. Maarten. “Isn’t this government’s task? Government has produced several publications in which it clearly outlines how Carnival impacts the economy.

“These types of reports for the country should be commissioned and executed by government or government should contract an independent entity to do such. The minister need only ask the STAT [Department of Statistics – Ed.] or Economic Affairs Department for guidance on this. Both fall directly under him,” Lourens said.

“It also doesn’t take much for anyone to see and feel the economic impact Carnival had on St. Maarten for Carnival 2019. Compare the hotel occupancy now to just two weeks ago. Call any hotel. Call the real estate agencies about their Airbnb properties. Compare the car rental agencies, supermarkets etc.

“Government’s economic surveys point out annually that Carnival creates significant economic activity for the country at a time when the slow season is just starting. The information is there. The minister need only ask his own ministry.

“Imagine, after 50 years of Carnival the SCDF still has to prove the economic impact of St. Maarten’s largest and longest festival?”

Lourens said SCDF would continue to comply with the law in all instances and would cooperate with government as it has been doing all along. However, Lourens stressed, government should be reminded that its subsidy makes up less than one-third of Carnival’s total budget. The rest is funded by the foundation’s activities and contributions from the private sector.

“It has been quite easy for us to show how government’s portion is spent. The impression is created that government funds Carnival in its entirety. As we have shown before with facts and figures, St. Maarten Carnival is the least government-funded Carnival in the entire Caribbean region.

“The minister, with statements such as ‘people must know how the money is spent’, creates the impression that government funds Carnival totally and that SCDF never shows how money is spent,” Lourens said. “Both are untruths. As pointed out before, if government didn’t know, government would not be granting subsidy.

“To put government’s subsidy into perspective, the NAf. 350,000 is equalled to what SCDF pays for sound and security services alone. That’s to show how little that amount of money is in the bigger scope of a festival that carries a budget more than quadruple that amount. Carnival is funded on the efforts of its volunteers and good graces and generosity of its corporate partners.”

As for Johnson’s statements on calypso, booths and so on, Lourens said those are SCDF’s operational responsibilities, which has been explained publicly numerous times. He said SCDF has its operational policies and keeps stakeholders up to date with these policies via several meetings which are publicised.

“Again, if the minister wanted information about any issue that falls under the purview of the SCDF, not government, we are a simple e-mail or phone call away,” Lourens said.

“We want to be very clear about the following – we have had multiple meetings with this minister and the Tourist Bureau since May of 2018. We have worked together on Uber Soca Cruise; we have presented a draft plan for marketing Carnival moving forward; we have even suffered early financial setbacks due to the fact that the minister announced a Carnival-pass giveaway without SCDF’s permission or that of the promoters, blunting early revenue by two months.

“We have records of all meetings, all decisions and all special requests from government that are not part of the subsidy ordinance. We, therefore, view the minister’s press statement as disingenuous at best and maliciously influenced by outside forces at its worst.”