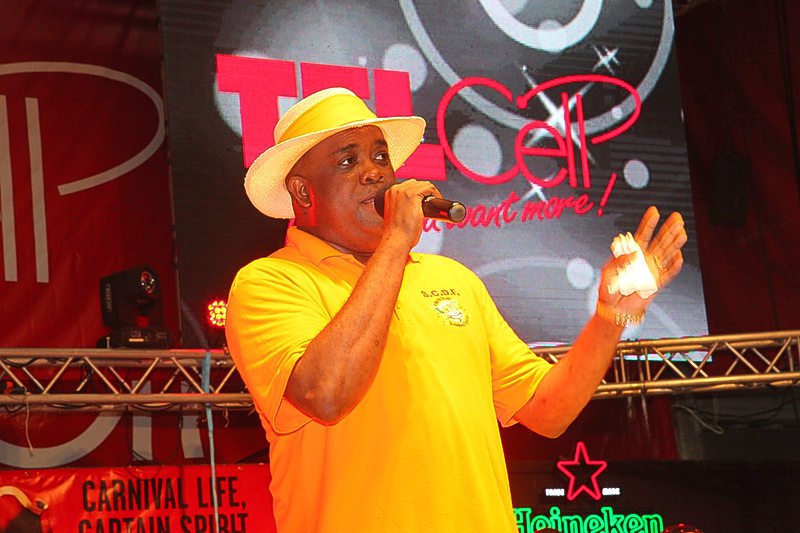 PHILIPSBURG–St. Maarten Carnival Director Mike Granger says much of the growth and success of Carnival over the last five years can be attributed to the fact that young local entrepreneurs have been given an opportunity to be part of various facets of Carnival. Across the board, key aspects of Carnival are now being managed by young adults.

With the conclusion of Carnival 2016, the public has been heaping praise on St. Maarten Carnival Development Foundation (SCDF) for its steadfast stance on putting local artistes and entrepreneurs first in St. Maarten’s Carnival. Judging from results and reviews from the public, all of these efforts are paying dividends for Carnival and the foundation.
SCDF’s latest example was awarding its waste management contract to Quality Sweepers, led by Bertaux “Mr. Rude” Fleming and staffed 100 per cent by locals. Facility cleaning (bathrooms, office spaces, the stage, etc.) also was contracted to Platinum Cleaning, another young company led by Orlando Vanterpool.
SCDF also outsourced all of its pageants to Posh Productions, a company led by Anna Rabess-Richardson. It also is continuing its relationship with its marketing firm Marketing SX, led by another young St. Maarten entrepreneur, Rolando Brison.
Booth-holders also are becoming younger with four or five new, young booth-holders securing booths every year. The new and young parade troupe leaders also injected life into the Carnival product by hosting extravagant band/troupe launches starting as early as November.
On the entertainment front, SCDF has opened the doors for young promoters and their start-up entertainment companies over the past few years. These include Fleming and Xtratight Entertainment, Melissa Boasman and her Kallaboom team, the 78Inc team and Cleon Frederick of Wheretheflex.com. The foundation also made Jouvert Morning Jump-Up a local-band-only affair, which resulted in the formation of three new local bands and the largest Jouvert ever recorded.
“All of these companies are led by young St. Maarteners who only need opportunities to show what they and their teams/companies can do. Our concerts are different because these young promoters are thinking outside the box and bringing creativity to the Carnival product,” Granger said.
“The marketing of Carnival has increased three-fold because of the foresight of our Director of Marketing. Our pageants have a bright future because Anna is determined to elevate pageantry. Our cleaning services are now in pace with our growth because those companies studied the habits and tendencies of Carnival-goers.
“And finally our bands feel more respected because the Carnival foundation decided that they should lead the way in their Carnival. Giving young locals an opportunity is a basic instinct for the SCDF and not something we ever regret.”
Looking back at Carnival 2016, Granger acknowledged that the season had come with a lot of changes across the board, but classified these changes as “vital and necessary.”
“This Carnival season was filled with challenges, expected and unexpected, for the SCDF. Vital changes had to be implemented in a short period of time, some necessary for the survival of Carnival.
“For many people change doesn’t come easy and frustrations were expressed quite colourfully. The fact that we didn’t respond to many things, didn’t mean we were ignoring; rather, SCDF understands that there are no shortcuts to circumvent frustration or the required endurance and patience needed for sustainable success,” he said.
He said sustainable success was the motivating factor behind the changes and stressed that Carnival was no longer a small cultural event. He said it now encompassed every sector of the country, public and private.
“Carnival is growing exponentially. This growth has to be properly managed, funded and facilitated through strategic change. When you need to make a judgement and act upon it, it’s essentially being faced with the choice between staying in your comfort zone or getting uncomfortable and making tough choices. The SCDF doesn’t have the luxury or time to endure limiting, unproductive and unhealthy habits of any kind,” he said.
“We do, however, listen, read and apply ideas and suggestions we get from the public wherever possible. We do not entertain destructive and vindictive individuals; we grow on constructive dialogue.
“By the end of Carnival it was good to note that many of the same doom-preachers recognized what we are doing to elevate and further develop this thing we call a ‘fête,’ our bacchanal. We cannot do it alone. We are not a bunch of know-it-alls. Folks that truly love Carnival and those that are now learning to love it must become more involved.”
He said SCDF had laid the groundwork in 2016 for “great things to come” in the next few years. Focus will be placed on youth involvement in Carnival using a programme on which SCDF hopes to work with the Culture Department, as well as putting the foundation’s “Going Global” initiative into motion.