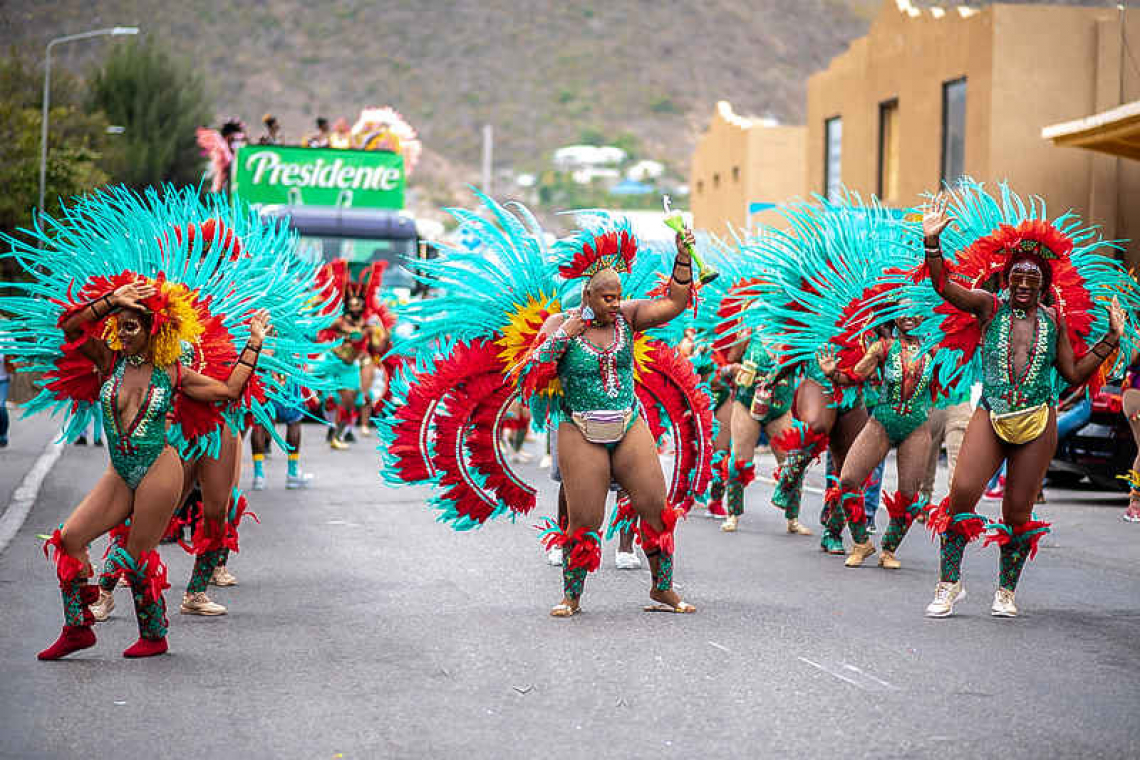 PHILIPSBURG–St. Maarten Carnival Development Foundation (SCDF) slammed the comments made by Prime Minister Silveria Jacobs and Minister of Tourism, Economic Affairs, Transport and Telecommunication (TEATT) Ludmila de Weever on Wednesday about the foundation’s recent announcement to move forward with its plans for Carnival 2021.

De Weever said on Wednesday that St. Maarten Tourist Bureau (STB) director May-Ling Chung had earlier informed SCDF that it would not receive a subsidy to host Carnival 2021.

“As of today, [the subsidy – Ed.] is still not available. The position I have taken is that group gatherings will not be encouraged,” said De Weever. “Without the music events, you will be avoiding large gatherings. That is the position we have taken as of this moment. … Three months down the line things might change.”

Jacobs was more critical, characterising the announcements as “premature” because government has not yet met with SCDF about hosting Carnival.

“So, to go out and announce a schedule and announce what will be happening in April without sitting with government to understand where we are, or where we will be by then, I think is a bit irresponsible,” she said.

SCDF was unequivocal in its criticism.

“While the Prime Minister and Minister of TEATT are free to comment as they see fit, the public should also be aware that the foundation has tried to involve the two ministers. It was the Minister of TEATT who in October directed SCDF to meet with the St. Maarten Tourist Bureau to discuss Carnival, which we did and discussed preliminary plans.

“It is a pity the minister did not mention this, especially considering our initial request for a meeting was since June 2,” said SCDF in a press release on Wednesday afternoon.

The foundation added that it had also requested a meeting with Jacobs on October 13. “To date, we have not been granted such a meeting despite follow-up requests.”

Jacobs acknowledged the inability to meet with SCDF. “I know that they have been requesting a meeting. However, it is very difficult to juggle priorities at this moment,” she said.

However, Jacobs said that government hoped that have “at least the cultural [events].”

Government’s subsidy to SCDF covers less than 20 per cent of the cost of hosting Carnival, SCDF treasurer Michael Granger told The Daily Herald on Wednesday. The subsidy comes out of the TEATT ministry’s budget via STB, and is used for marketing. Despite organising one of the country’s largest cultural displays, SCDF receives no funding from the Ministry of Education, Culture, Youth and Sport (ECYS).

“We think, as a matter of principle, before dubbing the foundation as irresponsible, the PM could have said she has yet to grant the foundation a meeting to discuss its plans and will withhold comment until then. Please note, SCDF also did not disclose any of its plans before meeting with the PM. We simply said we are preparing to host the festival.

“We find it disappointing that the SCDF, which had to withstand heavy criticism and legal financial threats when it agreed to the responsible action of postponing Carnival just two weeks before the first event was scheduled to be held in 2020, would now be called irresponsible by the PM. It should be noted that there were proponents within government calling for a Carnival to be still held in the summer of 2020, in the midst of the pandemic, and SCDF would have no part of that. …

“We have to plan in order to execute a festival the size of Carnival, even if no one is sure about what the world will look like in a few months. We want to be ready, come what may, and that is what we are doing and look forward to a meeting with government soon to discuss Carnival,” said SCDF.

“We can have music festivals at any point in the year,” said Jacobs. “It also requires input from the community, it requires sponsorship from the community. If we can get sponsorship on the island to such a level, that means we are out of COVID-19, we do not have people who are hungry on the streets. I would prefer that we find ways to build those persons than to spend money unnecessarily in an area such as this,” said Jacobs.

De Weever said that similar notifications against large gatherings were also sent to the organisers of the Heineken Regatta and SXM Festival.

“Having to cooperate with government on an annual basis, the SCDF is always very aware of the importance of an information trail and does its utmost to communicate with government. The foundation was quite clear about the realities it and its stakeholders face if the festival had to be postponed again and, as such, is planning accordingly.

“It is also to be seen if the ‘no mass gatherings’ will [be] adapted and if it will be applied across the board, equally, to all events,” said SCDF.