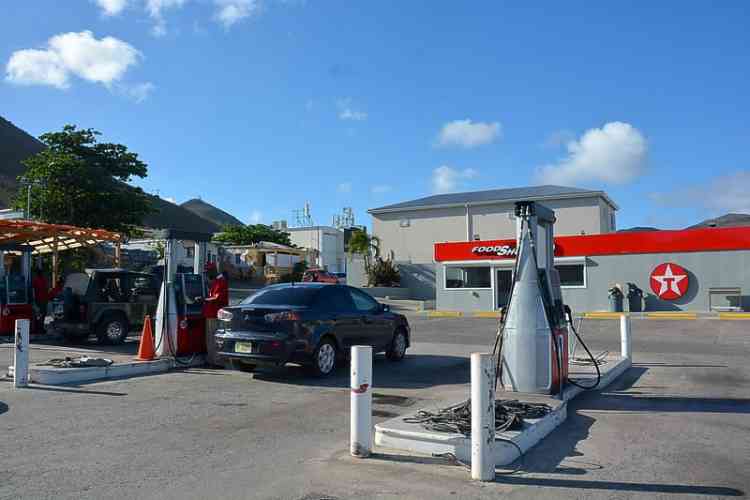 PHILIPSBURG–The Prosecutor’s Office is accusing school bus driver D.D. (39) of involvement in the armed robbery of the Texaco gas station at L.B. Scott Road adjacent to the Church Hill (Carrefour) roundabout on October 9, 2018. For this crime, the Prosecutor called for a four-year prison sentence during Thursday morning’s Court hearing.

An announced dispossession procedure against D.D. had to be withdrawn because the suspect had not been properly summoned.

During the robbery, an armed and masked man entered the gas station in broad daylight, threatened personnel and made away with US $28,295, consisting of the proceeds of Constitution Day, October 10, and the preceding weekend.

Investigations of video surveillance cameras at the gas station and those at the roundabout and a nearby pharmacy led the police to identify D.D. as the main suspect. He is currently held in pretrial detention in the Pointe Blanche prison.

The Prosecutor said the defendant was presumably assisted by two other suspects, one of them his employer. These suspects may be indicted at a later date.

D.D. vehemently denied the allegations and said he had no reason to commit armed robbery as he was earning a good salary.

According to the Prosecutor, armed robberies are an almost weekly occurrence in St. Maarten. He said there is a lot of cash money in the St. Maarten economy which makes it relatively simple for armed robbers to make a lot of money in a short period of time.

The Prosecutor said the robbery had been a traumatic experience for the gas station attendants. As a result, one of them became unfit for work and was eventually dismissed.

Attorney-at-law Sjamira Roseburg pleaded for D.D.’s acquittal, as she found insufficient legal, and convincing evidence concerning her client’s guilt in the “disorderly and incomplete” case file.

She said there was no proof that it was indeed her client who was identified in the video images as the armed robber who made away on a scooter. In case the Judge saw this otherwise, she called on the Court to reopen the investigation to have the Netherlands Forensic Institute (NFI) analyse the images.

The Judge will give his decision in this case on April 25.