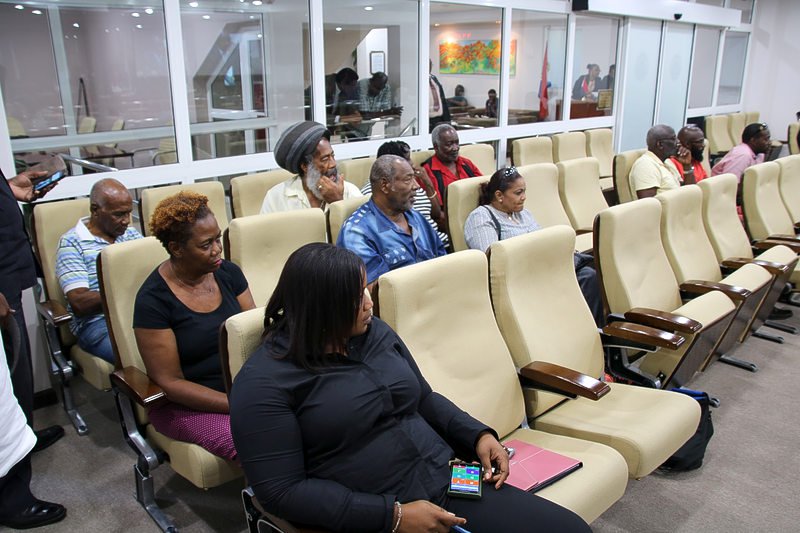 PHILIPSBURG–The average school bus operator in St. Maarten appears to earn more than a minister and Member of Parliament (MP) functioning in the country.

In an effort to give MPs an insight into the amount government spends on school bussing, examples of the estimated compensation to school bus drivers was provided to MPs during a Power Point Presentation made during a plenary session of Parliament last Thursday. According to the figures, one bus operator with three busses in their fleet earned NAf. 228,700 from January to December 2015, which translates to NAf. 20,791 per month. The annual fees include NAf. 225,525 for trips to and from school and NAf. 3,175 for extracurricular trips.

The figures further show that government has been forking out more than NAf. 1 million over its budget each year to compensate school bus operators.

A total of NAf. 4,250,000 has been budgeted for this year and as of May 31, a total of NAf. 2,468,925 has already been spent leaving NAf. 1,781,075 for the remainder of the year. MPs were told that this amount is insufficient to cover the entire year and government will more than likely have to spend more than budgeted again this year.

In the meantime, the findings of a Government Accounts Bureau SOAB study on the school bussing sector in 2007 revealed that government “overpaid” bus operators by NAf. 1 million per year from 2003 to 2006 and that there was fraud committed in the billing of services. This means that government overpaid busses by more than NAf. 3 million for the period in question.

Government’s cost to fuel the sector has increased from NAf. 3.6 million in 2002, to over NAf. 5.4 million in 2015. There are currently 66 school busses operating in St. Maarten and 36 school bus operators serving 16 zones and 26 routes with an average of three routes per bus.

The findings of the SOAB study showed that invoices were submitted for trips that were “almost impossible” to complete as it would have meant that the bus would have been operating in two places at the same time and that invoices had been submitted for trips that were not planned according to the schedule implying that the trips did not occur. The findings further revealed that legal procedures were not followed and that a bidding process should have taken place.

A total of three studies had been conducted on the sector – two in 2003 and one in 2007 – to assess its functioning. No action had been taken on the findings or on the recommendations made for regulation at the time. The study was commissioned by the Ministry of Tourism, Economic Affairs, Transportation and Telecommunications (TEATT).

SOAB had recommended that government comply with the accountability ordinance; have a public bidding, conduct an inventory of students transported to actual numbers, put a physical controller on buses to determine if declared trips occurred and have a Collective Labour Agreement (CLA) signed between government and school bus operators. Other recommendations included appointing a school bussing committee and initiate a school bussing policy.