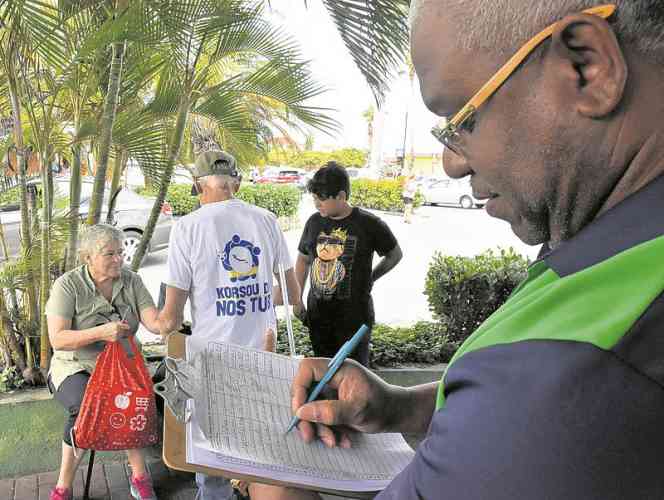 WILLEMSTAD–Jailed MFK-leader Gerrit Schotte has called on Prime Minister Eugene Rhuggenaath (PAR) to reach an agreement between all parties in Parliament, which “is needed because Curacao is in danger.”

The former prime minister, who is serving a corruption sentence, said the country must distance itself from all sanctions that hurt its trade relations with neighbouring Venezuela, to prevent the Isla oil refinery currently operated by ”Petroleos de Venezuela” PDVSA from closing its doors when the current lease contract expires at the end of this year. He suggests involving former PNP leader and then Antillean Prime Minister Maria Liberia-Peters, who played a major role in having PDVSA keep open the refinery when original owner Shell left it to the island in 1985.

Lower local fuel prices are to be negotiated in the new refinery deal as well.

Schotte also proposes adjusting the immigration law to promote people settling on the island. This can be done by building a large neighbourhood with “smart homes” to attract them and increase the population to 250,000 within 10 years.

Rhuggenaath only saw Schotte’s Facebook post and received no letter. He nevertheless commented that he is all in favour of unity.

“If proposals have an added value and fits into the cabinet’s growth strategy, we will consider them, but I must add that the programme is very ambitious and choices will need to be made, taking into account the problems we are confronting. We won’t be able to do everything at once.”