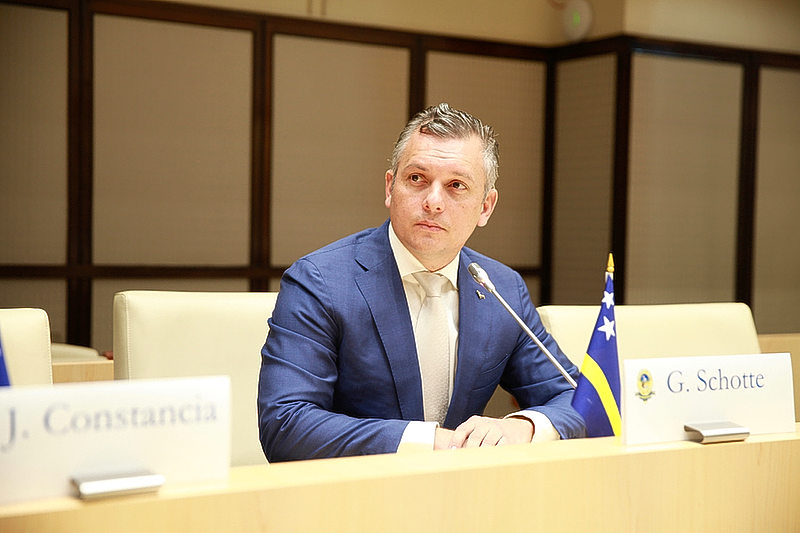 WILLEMSTAD–Former Curaçao Prime Minister and leader of opposition party MFK Gerrit Schotte welcomes new elections. He indicated that he has no problem at all with the dissolution of Parliament.

The Member of Parliament (MP) argued that the early elections called by the Koeiman cabinet before resigning after losing its majority support in Parliament will give the people a chance to punish the party of Prime Minister Hensley Koeiman for “treason” they committed. MAN should have never worked with PAR, according to Schotte.

The MFK-leader also said that the period after last year’s election was one crisis after another, both within MAN and the government. He typified the prime minister as a leader who does not make decisions and installs committee for every problem.

“The Pueblo Soberano party was even excluded in the beginning from the government formation process. Then they were called again to become a coalition partner.

“After the government was formed, Koeiman wanted to expand his coalition. He then approached Omayra Leeflang of Un Kòrsou Hustu. She was approached in vain.

“The election will bring a new and fresh approach to government and those who betrayed the people of Curaçao will be punished,” concluded Schotte.

Independent (former) parliamentarian Eduard Braam said despite the decision to hold snap elections at the end of April a transition government backed by the new majority should still be installed until then.