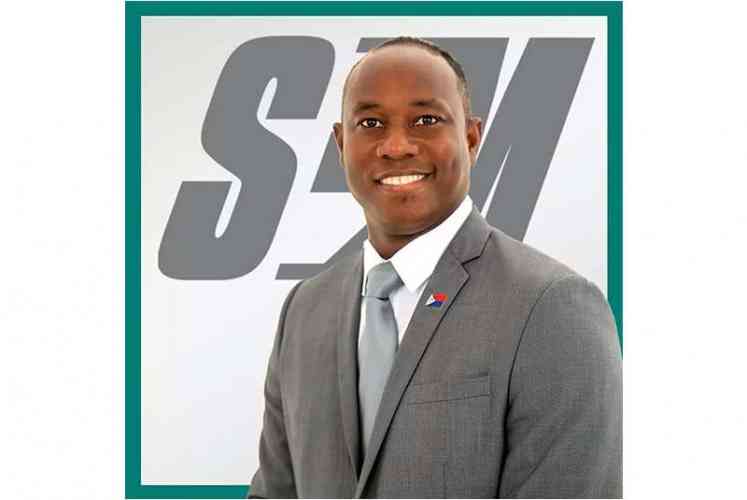 PHILIPSBURG–St. Maarten Development Movement (SDM) has a list of five candidates. The party was was the first to file its slate on Friday with the Central Voting Bureau for the February 26 snap parliamentary elections.

Heading the slate is party leader Benjamin Ortega. The party’s number two, Arthur Bute, remains the same as for the 2016 snap elections.

Returning as a candidate is Raymond Matser, but in one spot higher as number three.

Taking the number four spot is James Busby. He was in the sixth slot two years ago.

Elvis Lewis is a newcomer to the slate of the two-year-old party.

Ortega said the party maintains its stance of “the status quo must go” but has modified it to the status quo in governing the country “still has to go.”

To voters, Ortega’s message he stood in the General Assembly Hall of Parliament House was: “to improve your standard of living, SDM is your silver lining” referring to the party’s preferred colour – silver.

The party now need to ger 142 signatures from eligible voters to actually get a spot on the ballot. The endorsement of the list takes place on Monday in the old Civil Registry Building on Pond Island.