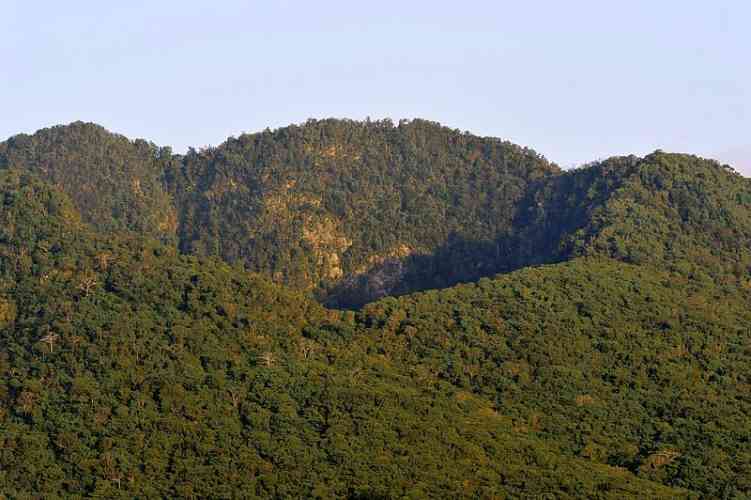 ST. EUSTATIUS–A search-and-rescue operation took place Sunday evening in The Quill National park after five team members from Caribbean Netherlands Science Institute (CNSI) who were conducting research on the Lesser Antillean iguanas were unable to venture back from their hike due to the darkness.

A member of the search-and-rescue team said a call came into the Fire Department at 6:30pm that about five people were missing in the Mazinga area of The Quill, which is the national park’s highest peak.

The Fire Department arrived at the search’s base of operation, opposite the transformer house in Pleasures around 7:00pm. The search began at 7:25pm from the assembly point to the crater down to Panoramic View Two, where the rescue team made contact with the five distressed individuals. After making contact, the rescue team proceeded for the next two hours to reach the scientist’s exact location.

St. Eustatius National Parks STENAPA ranger Rupnor “Jobo” Redan and acquaintance of the CNSI team Akeem Hook were the key leaders of the rescue operation because they were more familiar with The Quill’s terrain. They led the search- and-rescue team to the furthest point of Mazinga.

The team made it back to the viewpoint at about midnight and came out of The Quill crater Monday about 1:40am. From that point, the rescue team took about one hour to reach the assembly point at 2:40am. At approximately 2:45am, the rescue team was recalled.

The rescuers said that some of the CNSI team members were a bit dehydrated, but no injuries were reported.

The CNSI team had lost track of time and had become disoriented and stranded because of erosion. The team members were all safe and doing well, one of them said.

He said they had made a misjudgement regarding time, as they were busy doing their research. They knew they wouldn’t be back before dark and contacted the rescue team. He said they were not lost and there were no further problems, but the team did not carry enough lights to allow them to continue their journey. Therefore, the CNSI team had decided to hunker down and wait for the rescue team’s arrival.