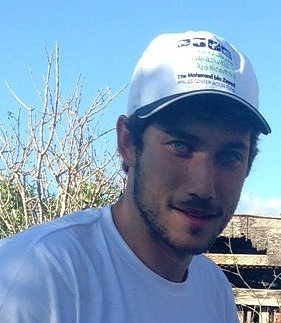 ST. EUSTATIUS–Voters came out slowly but at a steady flow to cast their votes in Wednesday’s election for a new Second Chamber of the Dutch Parliament.

There were 1,875 eligible voters and the same amount of voting cards were sent out to be delivered to residents.

For the first time a resident of St. Eustatius was on the candidates’ list for a seat in the Dutch Parliament’s Second Chamber in The Hague, namely Island Councilman Koos Sneek of the Democratic Party (DP) who was postulated on the Christian Democrat CDA’s list.

There were a few persons outside Statia’s single polling station at Mike van Putten Youth Center (Lions Den) waiting to get inside to cast their vote.

The number of early morning voters was not as large as it usually is for Island Council elections, but those that came out went inside to exercise their democratic rights.

Members of the voting bureau were ready to go when the ballot opened at 7:30am. First, they displayed the ballot box, demonstrating that the ballot box was free and clear and without manipulation. After the show, the ballot box was locked and place at the centre of the room. Then the green light was given to voters as they began to cast their votes.

During the morning hours Civil Registry officials Sheryle Dossett and Jadrie Rietmeijer travelled from the Netherlands to upgrade the system and personnel at the Census Office. They were also at the voting bureau to observe the voting process. Rietmeijer is expected to be on the island for the next seven months.

Among voters were also two first-timers, who were very excited to participate in the election for the first time. They seemed very confident as they placed their ballots in the box.

Some persons on the island stated that they had not received their voting cards. They came to the voting bureau to ask if they could use their identification or get another card at the voting booth.

These persons were sad to learn that it would be impossible, as the deadline to obtain a voting card expired on Tuesday, March 14. They were turned away due to this rule.

Some voting cards were dropped off at the voting bureau on Election Day, but not everyone looking for their card was able to carry out their democratic rights. Some of these persons stated that their voting cards were not delivered to their homes.