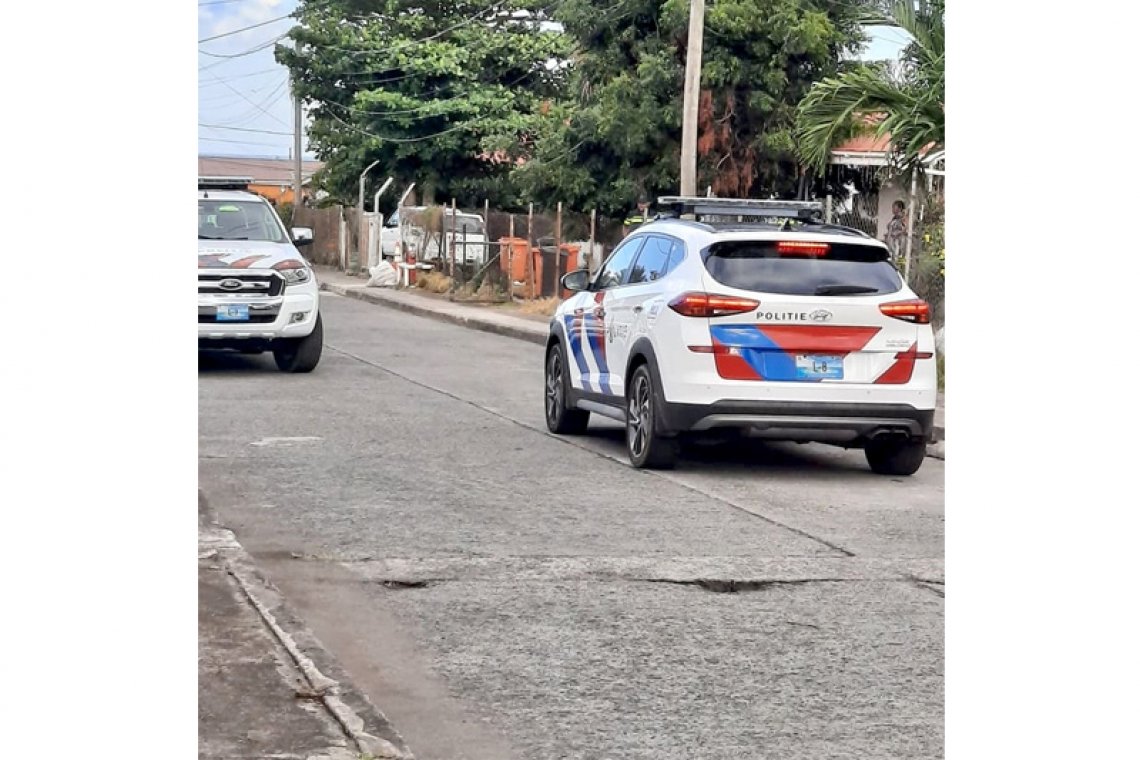 Members of the Royal Netherlands Marechaussee KMar were present along with the Deputy Judge Commissioner (“Plaatsvervangend Rechter Commissaris”) and the Outside Court Clerk for the Common Court of Justice (“Buiten Griffier voor Gemeenschappelijk hof van Justitie”). The two arrests are part of an ongoing investigation concerning an offence against a minor.

The first male suspect was arrested on Wednesday, May 27, and was placed in preventative custody. Three houses were searched in connection with this case on Tuesday, May 19. Two of the houses in the Golden Rock Village and the third house in the Jeems area were searched by members of the KPCN and KMar.

A detective from the “vice squad” in Bonaire arrived on the island on Monday, May 25, to investigate the case. A vice squad is a police division that focuses on domestic violence, sex crimes and crimes involving minors, etc. Due to the sensitive nature of the crime as well as the involvement of a minor, the police are not releasing any further information.