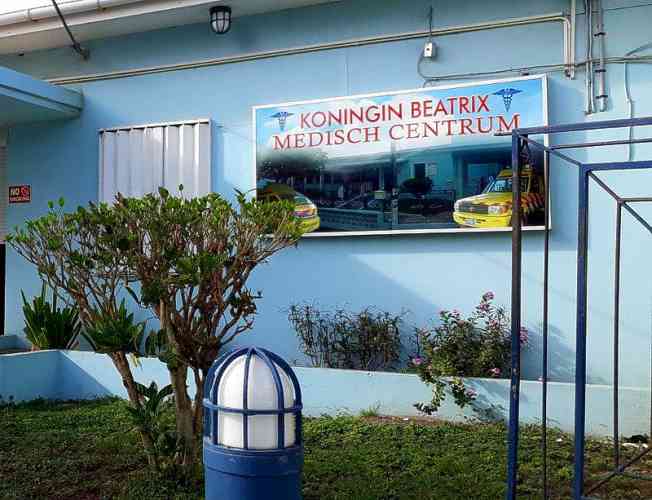 ST. EUSTATIUS–St. Eustatius Healthcare Foundation (SEHCF) has responded to charges by All-for-1 Union made in its January 31 letter about the need for an operational audit to be carried out at Queen Beatrix Medical Center (QBMC).

SEHCF Supervisory Board Chairman Olton Berkel said the claims in the letter are “without merit and categorically false.”

The union believes there have been developments in the healthcare sector which have caused serious concerns and pointed out that despite dialogue with stakeholders, there has been no progress.

The management and the SEHCF Board “do not share” the views as expressed by the union. SEHCF’s primary goal is to promote a better healthcare for all, the board said. This is a goal shared by its employees.

From that point of view, Berkel said the union’s statements are “rather disheartening, not only for management and Board, but also for your very own members, who are part of the organization and whose hard work we value.”

Berkel said the union president’s action “shows great disregard for the efforts made between SEHCF (management and board) and the union in maintaining a good relationship.”

Despite the “amicable” meetings management and SEHCF board had with union president Sidney Arnaud, the union leader opted to approach the media to “intentionally publicize incorrect information,” said Berkel. The union has also made related posts on its Facebook page, he said.

Berkel requested Arnaud to refrain from making incorrect statements and/or giving incorrect information to the media and/or any other third party about the healthcare at QBMC. “Should you nevertheless continue doing so, we reserve the right to consult with our legal counsel regarding (possibly) taking legal steps,” Berkel said.

SEHCF, Berkel said, makes it unequivocally clear that QBMC is visited on a regular basis by the Inspectorate of Health to evaluate the quality of the care and service. The inspectorate has expressed “its great satisfaction with the quality of said care and service and indicated that they meet the standards that are expected and required within the healthcare industry,” he said.

The foundation remains committed to discussing matters related to compensation, benefits and labour conditions of its employees “that fall within the realms of reasonableness and fairness.” He added the hope that the union “will be willing to do so as well.”