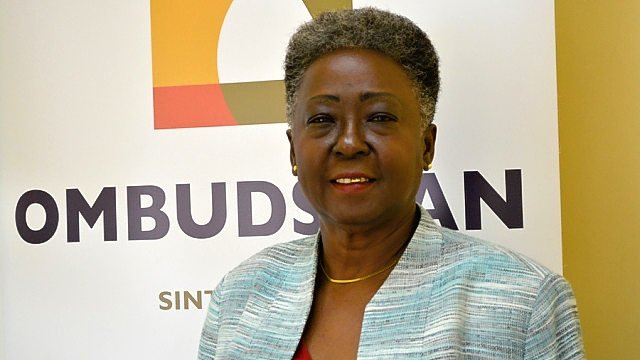 PHILIPSBURG–The selection process for the country’s next Ombudsman has started with interviews being conducted for a possible successor of current Ombudsman Nilda Arduin, whose seven-year tenure ends on October 10.

Arduin said, at what she described as possibly her last major press conference on Thursday that she has urged Parliament Chairwoman Sarah Wescot-Williams to see that a new Ombudsman has been vetted and approved by Parliament by at least August. This timeline will allow Arduin to have a smooth transfer of duties to the new appointee.

Arduin already alerted Parliament about the pending end of her tenure in January.

Arduin is the country’s first Ombudsman. She took the oath of office before Chairwoman of the country’s first-ever Parliament Gracita Arrindell on October 10, 2010 – the day St. Maarten attained the status of country within the Dutch Kingdom.

The Ombudsman is the only head of a high council to take the oath of office before the head of Parliament. This highlights the Ombudsman’s role as an organ assisting the legislature in its supervisory role over the executive branch – Government.