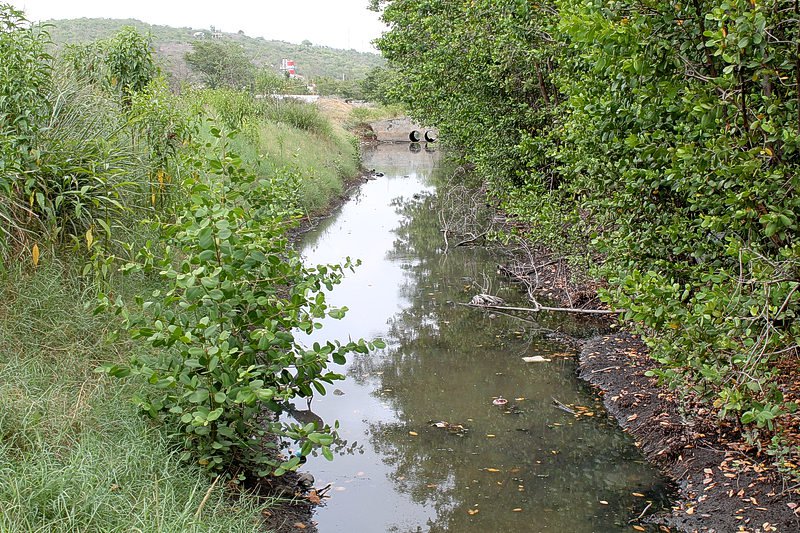 MARIGOT–Former SEMSAMAR engineer René-Jean Duret confirmed to The Daily Herald on Wednesday that the cadastral limits of the Richardson property were fully respected and that there had been no cutting through the land.

Duret was responding to Freddy Richardson’s claim to the media that the canal constructed by SEMSAMAR in February 1989 was cut through the family land in Galis Bay without notification or consent from the family.

“The first filling of the Galis Bay Lagoon was done by the Departmental Direction of Equipment (DDE) of the French government to create land for its offices and residential houses for their civil servants,” Duret explained. “The limit with local neighbours, who also filled a part of the pond at that time, was materialized by the existing concrete canal. Some years later, in 1989, the Commune decided to develop this area of Galis Bay and gave a contract to SEMSAMAR to control the filling of the Galis Bay Lagoon.” 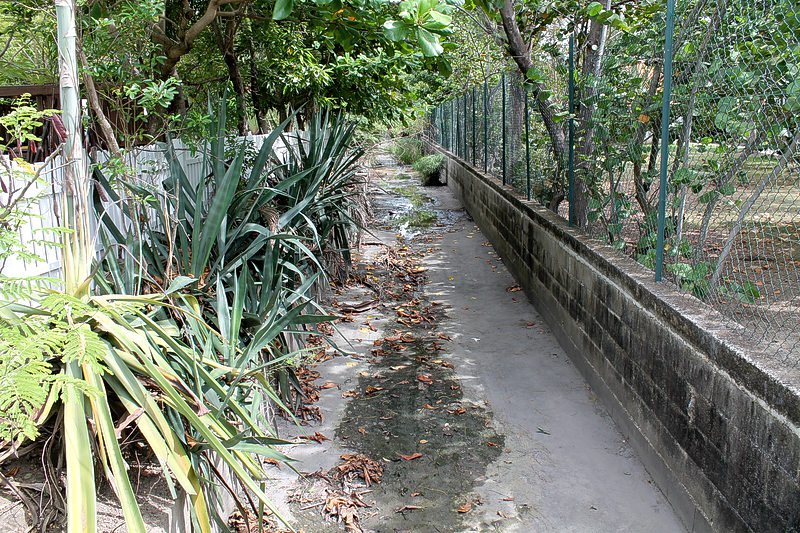 “As engineer in charge of this project at the time I can confirm that the cadastral limits of the Richardson property were fully respected and that there was no cutting through their land. And I never heard that Mayor Albert Fleming promised the family any financial compensation or that the canal, between Richardson property and new fillings, would be concreted and covered.”

Former Mayor Albert Fleming told this newspaper that as far as he could recall there was no document authorising compensation to the Richardson family for the construction of the canal.

Richardson, who now brings up the case 27 years later claims the family at the time was promised compensation of 3,000 francs (former currency) per month which he said they have never received to this day.

“The reason why I’m raising this now is because there is a time for everything,” he told this newspaper earlier this week. “It’s important for me as a St. Martiner to expose the injustice and abuse that has been taking place against St. Martiners for a very long time. This was an example of an evil and criminal act that was done to my family 27 years ago.”

He said the family had several meetings with the former Commune, Mayor Fleming and SEMSAMAR, and wrote numerous letters.

“But we ended going around in circles and never got paid. What we are owed when it is back dated is close to 300,000 euros in today’s money.”

The 30-metre long by five-metre wide artificial canal was dug to evacuate rain water coming down from the hills of Concordia to divert it to the sea. Richardson adds the canal was never finished properly with concrete retaining walls on either side, yet the property next door had their part of the canal completed with walls.

He said the level of the canal is not even and the water doesn’t run off properly, causing it to collect in pools that turn stagnant and become mosquito-breeding sites. There is a school for small children and an office building nearby. When he got sick recently he said he was sure it was from mosquitoes.

“Every government that has been in power since Albert Fleming never compensated us or fixed the walls of the canal,” he continued. “I believe we were treated so badly because of the political affiliation of my parents. They supported Dr. Hubert Petit’s party and not Albert Fleming’s and that’s why we were denied compensation and to have the canal fixed up.”

He said the family property has an area of about 3,000 square metres but the land is locked in so whenever there is heavy rain it causes flooding.

“We can’t even build on the land because we would have to raise the level of the soil first and that will cost us thousands of euros.”

Richardson further suggested politics came into play again at a moment in early 2000 when the family was about to be paid something but that it had been blocked by “a St. Martiner high up in SEMSAMAR.”

Richardson says his brothers and sisters could never get jobs in the private or public sector and were simply victimised.

“We never got aid from the government either to go to school. We were blocked at every turn. Today the family is very poor and we are suffering. Our backs are against the wall.”

Richardson, who is Vice-President of the Soualiga Grass Roots Movement, said he will take his case to the Préfecture as a next step.

“It’s time for this abuse to stop. People have to be more vocal and it’s only through actions like this that we can have a better society.”