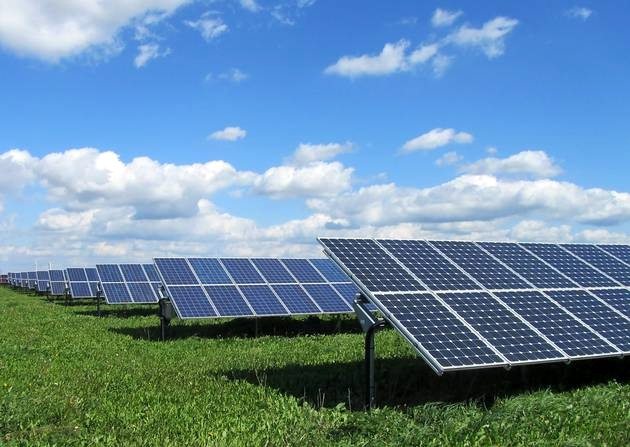 MARIGOT–Mixed capital company Semsamar announced this week that it has formed a partnership with the renewable energy company Arkolia Energies to build three solar farms in St. Martin on land owned by Semsamar, a total area of about 20,000 square metres.

The company made contact with Arkolia about a year ago and the board of directors gave approval. A convention was signed between the two entities in November 2016.

The energy produced during the day will be stored in batteries and sold to Electricité de France (EDF) island energy systems.

Bonhomme noted producing electricity this way was far cheaper than the traditional way of producing with fuel.

“This is the challenge of the future and all countries are trying to reduce carbon emissions,” President of Semsamar Wendel Cocks commented. “We visited Arkolia which has specialised in producing renewable energy for the past 10 years and were very impressed. It was also interesting to note that mostly young people were working there.”

The three farms are expected to cover the electricity needs of 2,200 inhabitants and to reduce CO2 emissions by 1,200 tons per year.

In the long-term Semsamar intends to equip all of its social residences with roof solar panels in order to produce the electricity consumed by its tenants and to sell it to them directly.

In addition, Semsamar/Arkolia plan to create a maintenance company in St. Martin to hire young people and train them to maintain the solar panels.

On this point Wendel Cocks welcomed the initiative which is an additional benefit to Semsamar’s existing Sem Ta Route project to employ the youth.

The objective is to have 50 per cent of Guadeloupe, Martinique, French Guiana, St. Martin and St. Barths converted to renewable energy by 2020 and 100 per cent by 2030.